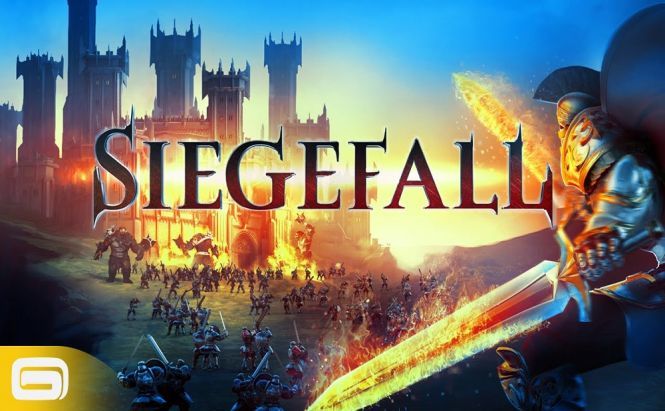 If you are tired of mobile strategies like Clash of Clans or Game of War, be sure to check out Siegefall, as Gameloft managed to put a good shine on the most popular genre of the year. Previously announced at E3, Siegefall has immediately drawn the attention with its graphics and dynamic gameplay. I am not a fan of strategies, but after playing Siegefall for just a couple of minutes, I can say that it's surely worth your time. So let's have a closer look.

Probably the main difference which makes the gameplay of Siegefall so dynamic is the way you control your units and the way they are organized. In most of the Clash-clones available on the Internet, you control multiple single units which may often be very confusing. Siegefall units are organized into groups (if you played Total War on PC you'll get the idea) which you move across the battlefield by selecting and swiping to the target location. The only single unit on the first map is your hero - the main assault force of your army. The hero is much stronger and tougher than other units and evolves over time. The game has an extensive storymode and allows you to fight with your friends as well. Between battles you will be able to fortify your castle and do all the regular stuff as in most of the mobile strategies.

The only drawback of the game we spotted so far is the loading time. We tested the game on several devices, but it always takes minutes to load a single level. Hopefully Gameloft will optimize the game in the next update. Siegefall is free to play and has some IAPs, but you can easily deal without them. To download the game on your Android device, follow this link; iOS device owners can find the game here and if you have a Windows Phone, get the game here.

Is it available on android device only?