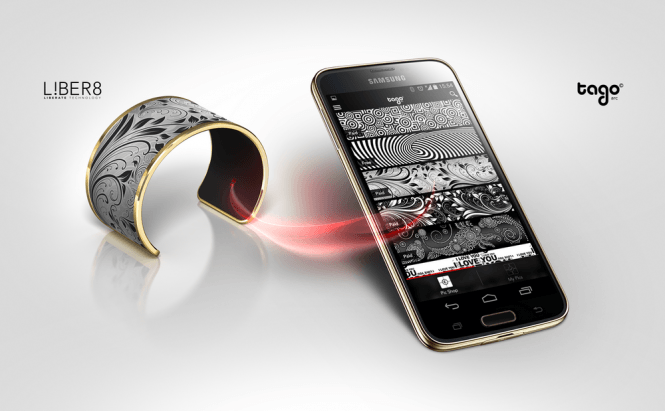 Attention all fashionistas: the era of high-tech jewelry is coming into force. On February 11, Indiegogo launched a campaign to raise $40,000 for a fashion-friendly project called Tago Arc. This is a smart E-ink bracelet that changes its look to match your outfit and mood. All you'll need is a compatible NFC smartphone and a companion app, and numerous designs of the Tago Arc's e-ink screen are at your fingertips.

Since the screen takes up most of the bracelet, you'll accordingly swap the accessory's whole look, letting alone that you're free to create your designs and styles. This jewelry of the 21st century, as the developers claim it, absorbs any power it needs via NFC while connected to your phone, thus it doesn't require a separate battery at all.

During the campaign, the standard price of the smart bracelet is $260, but today, in view of Valentine’s Day, you can preorder Tago Arc only for $160. Now, the raised fund has reached $51,844, which is considerably more than the goal sum and guarantees the release of the product.