The Lutz Pod, the UK's First Driverless Car, Is Unveiled 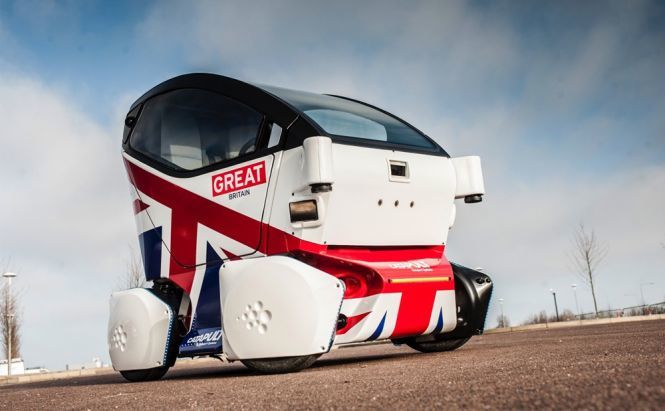 The Lutz Pod, the UK's First Driverless Car, Is Unveiled

The UK’s first driverless car, designed to run on pavements and pedestrian-friendly zones, was introduced on Wednesday in Greenwich. The British engineering company RDM Group unveiled the vehicle on the same day the Government officially gave green light to the testing of self-driving cars on Great Britain's public roads.

The Lutz car monitors the world around it using its twenty two sensors that include panoramic cameras, laser imaging, and radar. The vehicle is built to take two people and their baggage and carry them for up to 40 miles with a top speed of 15 miles per hour. Roughly speaking, the running time of the Lutz is approximately eight hours with one charge.

The introduction of self-driving cars to urban areas is supposed to help cut down pollution and congestion. Another anticipated advantage of the cars is that their slower moving speed should reduce the number of driving crash cases.The prototype Lutz Pathfinder pod is the first of around forty driverless cars to operate soon on the street paths of Milton Keynes.