The Top 5 Annoying Things about Smartphones

Having bought a smartphone, you get the access to a treasure trove of hi-tech-age entertainment. There are so many great things you can do with your... 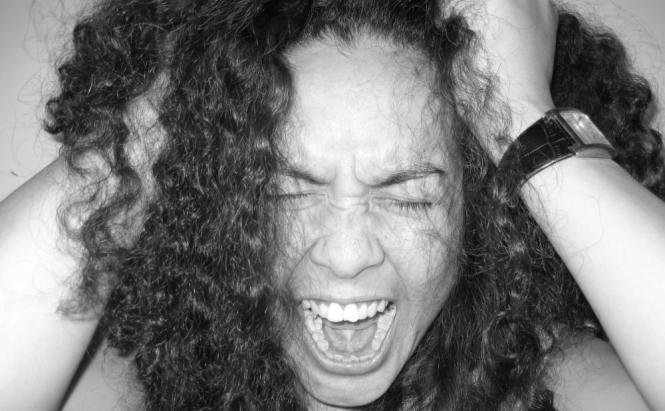 The Top 5 Annoying Things about Smartphones

Having bought a smartphone, you get the access to a treasure trove of hi-tech-age entertainment. There are so many great things you can do with your precious gadget: you can browse the Web, check out new cool apps, write down notes, make snapshots or listen to your favorite music... What's maybe even more important, acquiring another hip smartphone, you get a status indicator and start emanating self-confidence and showing the world you're wealthy, you're modern, you're all about the third millennium and whatnot. To keep a long story short, owning a smartphone could stand next to owning a snug house in the suburbs of a large prosperous city or possessing an über-posh fuel-guzzling car... were it not for the Dark Side of the smartphones. The Dark Side, of course, being those annoying things that often make using our darling devices so frustrating. Or rather those things we annoy other people with when we use smartphones. Hereby we present to you the top 5 most annoying smartphone uses. Okay, I understand that it's actually a personal business how people spend (or waste) their time and money, but there are lots of more fun ways to do it. They could have bought a bottle of some sweet unhealthy drink or discussed with their buddies which actress has the prettiest eyes in our planetary system, or even perhaps watched a movie by Woodie Allen (for tough ones only!). But no, they have squandered 2 bucks on something as pointless as these random-thing-simulating apps. There are few things as annoying as adult, [presumably] intelligent people indulging in an ape-like contemplation of a simulated matchstick. That's why we have brought them up here, on our condemnation list. Using a smartphone when traveling can be a pitiful, pain-inducing experience, and the reason for this is that most of the time you buy your smartphone with a contract and stay chained to it for a couple of years. When the contract expires, there are already lots of new cool smartphones around, so you buy a new one and get another mobile carrier contract alongside and the vicious circle closes. In other words, the odds are you are on a contract all the way you own a smartphone.

As you leave you dear home country, your contract-bound device turns to a money-shredding machine, burning down your money balance in a flash. It will happen especially fast if you have forgotten to switch off the automatic Internet data exchange or if it can't be switched off at all (as is the case with iPhone). Surely, it's not very pleasant to find that your miraculous device has brought you to the insolvency just lying in your shirt pocket. Opinion polls carried out right after the acquisition of Instagram by Facebook have shown that most people believe the hipster photo service was far overpriced. I don't know if the business reasoning behind the Instagram price tag has any point, but, really, that money was way too much for an amateur photo service.

Most photos taken with smartphones, no matter how many megapixels wide their cameras are, are nothing but miserable snapshots. 99% of the wannabe photographers have no idea about the composition, light balance and other technical things the real professionals always bear in mind. What it results in can be easily seen in the Facebook news feed of any more or less sociable person: in hundreds and hundreds and hundreds of drab crude photos claiming to be a new art breakthrough. Well, some of the smartphone photos do really have some aesthetic value... The keyword being 'some'. Perhaps 0.01% of them. Deal with it. Why do people go out? To have some fun, basically. How can people have fun when going out? They can enjoy a nice meal, a great talk and a perfect atmosphere where they are hanging out. Now tell me: how on Earth can you enjoy going out if you're doing nothing but playing around with your smatphone? And more importantly, how can I enjoy going out when you are playing around with your smartphone? Honestly, dude, don't be such a wet blanket spoiling all the fun. Put the blasted thing somewhere away and just have a nice time. With me. Here. Offline. Cutting Board Large Smartphones Are Large

Yep. Phoning. Yep, you can phone with smartphones, too. Moreover, it's the most natural thing to do with them. Seemingly.

When it comes to real smartphones, everything gets a bit more complicated: a pretty huge bit though. To give you an example: remember that antenna issue with iPhone 4? You paid $US 199, signed a contract with a mobile carrier, and then your phone wouldn't call. Not because there was something wrong with it, no. Steve Jobs has put it over to us: we were to blame; it was us who didn't knew to handle the best device ever properly, it was us who ruined its perfection with our failed anatomy. In plain words, we gripped the phone wrong.

Another phoning issue is due to the current trend to produce smartphones with larger displays, slowly drifting more to the tablet league. Galaxy SII, Galaxy SIII, Galaxy Note... The wider the display the better. As a result, I can't help facepalming every time I run into people talking into a huge cutting board at their ear. 'Dear Universe, why? Why don't they buy a headset? Why don't they see how pathetic they look?'

Previous story Internet Passwords – a Look From Inside! Next story Factory Reset

Oh so happy not to be a hip hipster chained to one of these gadgets and its contract! A life spent fixated on one of these devices is a life wasted. Why talk to someone when you can text? Why look at the scenery around you when you can look at pictures on your smartphone? Why even bother doing anything at all when you can sit in bed playing games and be a zombie? Get a life.

I really can't stand people on smartphones in public transit, grinding their elbows into my ribs with every goddamn keystroke.

What I find most annoying is that some great websites have been redesigned to something that's completely rubbish - obviously to make them smartphone friendly.

On a paint provider's website, there used to be a rich colour pallet where you could select one of a huge range of colours - easy to use on a big screen with a mouse. Only problem was that this doesn't work with big clumsy fingers on a touch screen, so they redesigned it with big clunky graphics and made it far harder to find what you want.

Windows 8 is that multiplied many times over. Take a great OS and sacrifice all the good bits to make it work on a touch screen. Result: a tremendous balls up

Hi-tech also has fails. May be next time you will write about advantages)

"it can't be switched off at all (as is the case with iPhone)" -- wtf??! There are two options:
- To switch off all background cell data services: Settings - General - Network - Data Roaming (suitable for most cases, if the price is not extremely high, and you need to check your mail sometimes).
- To switch off absolutely all (!) cell data services: Settings - General - Network - Cellular Data.

"it can't be switched off at all (as is the case with iPhone)" -- wtf??!! There are two options:
- To switch off all background cell data services: Settings - General - Network - Data Roaming (suitable for most cases, if the price is not extremely high, and you need to check your mail sometimes).
- To switch off absolutely all (!) cell data services: Settings - General - Network - Cellular Data.

A very interesting topic. I've never thought about the disadvantages of smartphones because usually we and developers find only advantages. The more the better. It's quite useful information for smartphone owners.

Well, in a way, it's part of communication, too: when your phone rings in the middle of a conversation, you either pick the excuse-me-for-a-second-please-do-go-on-it's-very-interesting path, or you can use it to your advantage by turning down the call without even looking to find out who's calling. Either way, you're sure to convey something to the one you're sharing the table with.

I also hate situations, for instance, when a nice couple is having dinner in the restaurant and one spouse meets the eyes of his colleague at the next table. At this very moment, he stops speaking with his lovely wife and, with an air of nonchalance, gets his smartphone out of the pocket and performs some actions in a demonstrative way. Phew!

An awesome article, it seems to me that you can read my thoughts) In fact, despite owning one of those smartphones, I do agree with most of your points.