Track your favorite GoT character on the map of Westeros 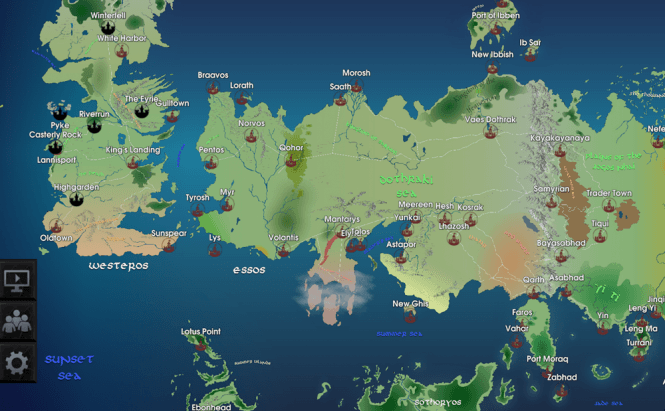 Track your favorite GoT character on the map of Westeros

The people who like watching HBO's Game of Thrones know how difficult it is to keep track of all the characters. To be perfectly honest, knowing George R.R. Martin's style, it is pretty difficult to keep track of which main characters are still alive and which have died along the way, so knowing in which part of the kingdom you can find a specific character is quite an accomplishment. Fortunately, a new app called Map for Game of Thrones can help you with that. Map of Game of Thrones

Map of Game of Thrones is an app that shows you the entire map of the Game of Thrones world. You can see the two continents: Westeros and Essos, along with every important location on them. The map itself may look a bit simplistic, but the developers chose to use vector graphics so that the application can run on older devices, not just on the latest smartphones. Furthermore, the fact that you get details about each location and a description of how it fits into the story is also quite cool. Another aspect that I really like is that the application gets updated every week, allowing you to recap all the episodes that you watched and showing you all the key locations where the scenes took place.

If you're interested in downloading it, Map of Game of Thrones is available for iOS as well as Android devices. The application can be downloaded for free, but you can pay $1 and get rid of the ads that will pop up from time to time. In case you want to read about other interesting apps, I recommend checking out our previous stories: "Top 7 shopping apps for Android" and "Free mobile apps to tidy up your space".