Films, cartoons, and music clips take up a lot of our online time, let's delve into some basics of video editing. 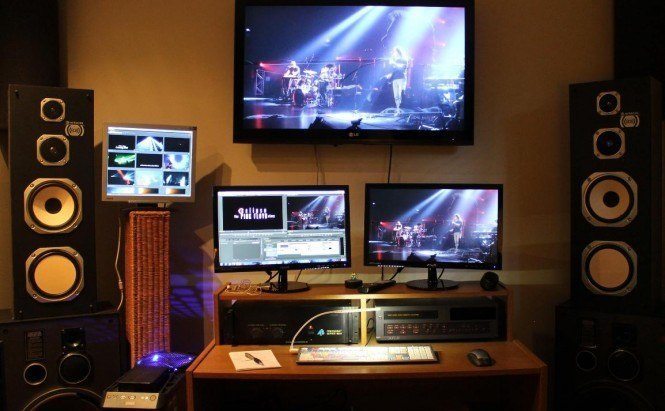 Films, cartoons, and music clips take up a lot of our online time and are definetely up there on my personal list of entertaining things to do. The process of watching clips is quite amusing, but at some point it is simply not enough for some people. I myself often find myself thinking that I would like to create something of my own, something that speaks to my needs, ideas, and taste in general. However, I've never edited a video of my own; and learning new things is never easy. So I've decided to delve into some basics of video editing and explain some of the most confusing common terms, and hopefully make them a bit clearer.

One of the most important things every beginner in video editing should know is what frame rate is. It is the first thing a video editing application will ask you to pick when you're creating a new project.

Frame rate, or FPS, is the number of unique pictures (or frames) displayed on the screen each second. The most common frame rates in the TV business are 24p, 25p, and 30p. Let's have a quick look at how they differ and why you would choose one over another. All of these formats are progressive (not interlaced), but that's a term I will explain later on. Let's leave it at that for now.

24p (24 fps) is a progressive (p) format often claimed to give a Â«cineÂ» look (like in the movies), although the look itself does not necessarily depend on the FPS factor. 30p (30 fps) is a progressive format that is known to give no interlace, although it may introduce jitter on image movement. This is all very basic information, and if I was to elaborate more on the topic, the article would have made the length of an average book. I will, however, try to explain the fundamentals so that you could start off with at least some degree of understanding.

There are only two things that make FPS complicated. First is the FPS of the shot video, meaning the frame rate of the footage you are filming. Different cameras will give you different options, but there still is no unique international standard; so you always have to take into account where and who is most likely to watch your video and optimize it accordingly. Second is the device receiving the information (displaying the video), such as a TV set. Different groups of countries use different standards for the frame rate, and you sometimes need to convert between these formats, which may cause problems. Progressive scanning is when the image is drawn sequentially from top to bottom in a single scan.

Interlaced scanning is when a frame is built up from two scans, the first one displaying only a half of the picture, with gaps in between lines, and the second one displaying the rest by filling the gaps. This method is only possible because of our persistence of vision. If it weren't for our imperfect eyes, we would have noticed that only half of the image is being updated at a time.

Okay, enough about the fundamental stuff, I don't want to scare anybody off. Here are some more fun terms and slang words:

Titling is the process of generating and adding computer-generated text to a video image.

Inverting videos is the process of inverting color pairs in a video, which makes images look like negatives.

Lip sync is the process of matching lip movements with sung or spoken speech. Chroma keying is overlaying one video over another. Have you ever seen how weather forecasts are shot? The host is usually standing in front of a camera with a green background is behind them. The green background is there to help the editor determine which parts of the video should be replaced with other footage (in this case, the computer-generated weather info). That is why we don't see forecasters wearing anything green, otherwise the editing would have not produced the awaited result.

There are lots of effects and filters that you can add to your videos using common video editors: blend layers from two video streams, blur adjacent frames together, convert an image to black and white, and so on. To get started, give VirtualDub a go - it's a free video editor that covers most of the basics (you can read our article about this free editor to find out more about it). Good luck in video editing!

Previous story Make VLC Even Better Next story Plants vs. Zombies 2: When the Freemium Model Doesn't Ruin the Game