Virtual Traffic Lights Might Be The Way To a Faster Commute 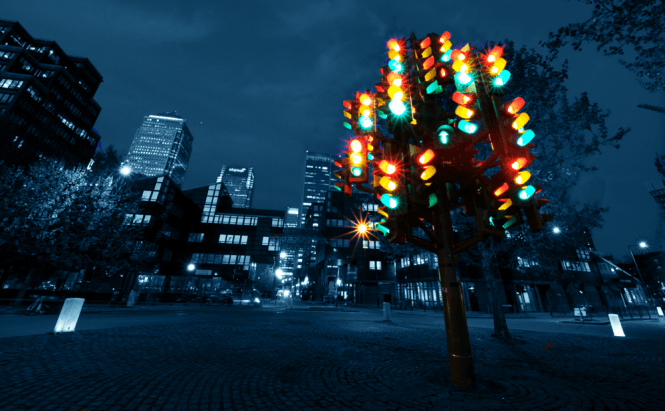 Virtual Traffic Lights Might Be The Way To a Faster Commute

We've all spent hours in the car waiting for that annoying light to turn green. While no one denies their usefulness and necessity, I also think that everybody secretly (or openly) hates traffic lights. The good news is that scientists from Carnegie Mellon University (Pittsburgh, USA) have discovered a way to deal with this problem. According to them, replacing regular traffic lights with virtual ones could drastically decrease the time you spend waiting in traffic.

The researchers state that this technology will create traffic lights when two cars try to cross the same junction, and will be turned down as soon as the respective vehicles are past that point. The virtual traffic light should appear on the driver's dashboard and show him (using green and red arrows) which direction is safe and which has incoming traffic. However, unlike regular traffic lights, as soon as you pass the intersection, your virtual traffic light will disappear, thus making room for other cars to pass through unobstructed.

I'm sure that I'm not the only one who thinks that this research is closer to science fiction than reality, but we all might be wrong. All that is required to make virtual traffic lights a reality is the use of connected vehicle technology. In case you are unfamiliar with term, it refers to cars that can "talk" to each other using the Internet and federal regulators will soon make this kind of technology mandatory for all the cars in the US.

From my point of view, this idea seems really great as long as they are completely sure that there is no chance it may get hacked. These days the Internet isn't exactly the safest place, so relying on it even more might be a bit risky.