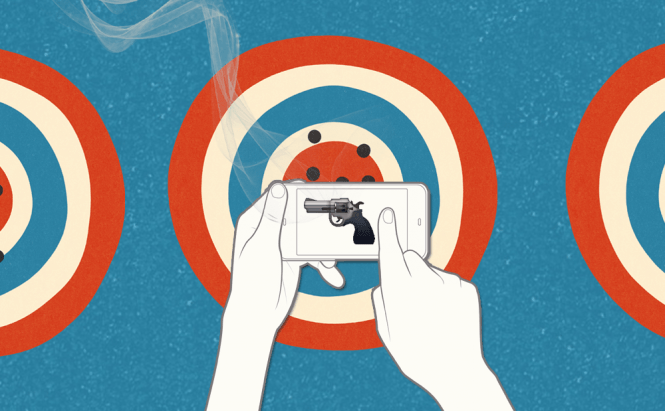 This Internet and social networking era is posing a lot of problems, especially when it comes to those who have to enforce laws into a totally new environment. I'm not sure if you remember this, but about six months ago the FBI stated that by retweeting terrorists posts is also a terrorist act and then went on to arrest a 17-year-old for being an ISIS supporter on Twitter. Now, a 12-year-old from the US is in trouble with the law for using the 'wrong' emoticons in an Instagram post.

Before we begin, you should know that the post itself or the name of the girl haven't been made public, so these are mostly things taken out of context. However, according to the Washington Post, the incident took place at the Sidney Lanier Middle School in Fairfax where a resource officer noticed an Instagram post that included the knife, gun and bomb emojis. The officer in question obtained the IP address associated to the account and found that the "culprit" was a 12-year-old girl, who is now facing criminal charges. She confessed that she posted the threat and was charged with computer harassment and threatening the school, so she's supposed to appear in front of a juvenile court by the end of the month. As I already said, I don't actually know what she wrote, but there's no situation in which the "authorities" are right about this. Let's not forget that we're talking about a 12-year-old girl and at that age you are supposed to say dumb things and make mistakes, that's what every human being does. Furthermore, even if the threats were very real and she meant every word, at that age the blame rests with her parents, her school and everyone in charge of raising her, so there were numerous better ways of helping her then turning this into a public masquerade. If this is the world we're going to live in, I think I should start looking for a new planet or at least a comfy cave.

Previous story WhatsApp will no longer work on some older operating systems Next story Check out Dragon Front, the first card trading game for VR