5 Gadgets to Forget About Fidget

Here are some gadgets and apps that will occupy your children and definitely make you free of fidget about child safety content. 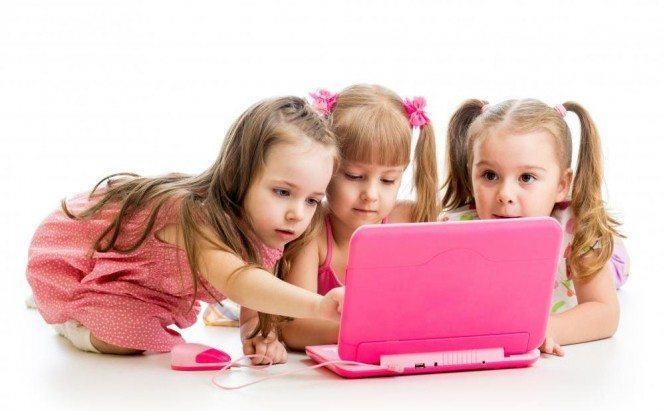 5 Gadgets to Forget About Fidget

What parent doesn't dream of one silent hour? What mom doesn't dream of spending some time on herself? What dad doesn't dream of playing the computer games with his son? Gadgets are the perfect solution! But pros and cons always make you doubt. “Pros parents” confirm that the earlier children start communicating with gadgets the earlier they become closer to the evolution and progress. The most wide-spread arguments of “cons parents” against gadgets are the necessity to control the content quality; fear about children eyesight and a common concept that kids should not only watch movies and cartoons but also use educational and informative programs.

So, the hardware and software developers can't decide it for you but they did their best to help you - they invented some gadgets and apps that will surprise you and definitely make you free of fidget about child safety content. Here are several useful gadgets and apps.

The psStudio company put up on sale a notebook Roundbox. It is made especially for children and it's a great chance for parents who work or travel a lot to occupy the children. The computer can work in different modes: This is a product intended for harmonious intellectual development of children from 4 to 12 years old. It was created with regard to children's psychology, considering their needs and interests. It even has a night lamp mode for quite and comfortable sleeping. Although the tablet has a full packet of apps, parents may add and delete them. In some apps you can also control a watch queue using sorting (boy/girl, age, genre, “popular”). A parental control option gives you an opportunity to turn the timer on as well. The tablet is surrounded with a shock-resistant bumper to avoid breaking. It is running on Android 4.1 OS and has a 8gb flash memory. Teddyfone is a child safety phone. It is a perfect solution for responsible parents. It looks like a teddy-bear and is easy-to-use. It looks different from others, because it has no screen but it has a lot of advantages: your treasure kid won't be able to buy or download something through the Internet or send a paid message. There are 4 buttons only, that means that your child can only call for numbers you've previously set. The phone has a very useful option – a “parent activated child monitor” to listen to where the child is and who is he/she talking to. If a child feels any danger, he/she can use a special SOS button, which sends an automatic message to someone you've programmed and turns a child monitor function on. The last useful function is a child location identification, which will always tell you where your child is. This innovation desk is designed by Phelan Miller and is awaited to replace schoolbooks, blackboards, copybooks, reference books, dictionaries, etc. The desk helps children work together without any individual dominating. It provides a glimpse of future worktops! May be it's a desk of future, who knows. These apps are first of all oriented on education, development and also entertainment of young users. Gesture control and virtual representation will help your children to enlarge their user experience. For example, the app Playing Nado Hutos has a wide range of options including a TV-set control with the voice or gesture recognition option. When playing a kid feels himself as a game character as he conducts it and contacts with other objects inside the screen, while the game character repeats all the moves after a child. There are also some apps designed to be connected with mobile phones. For example, with Sticker Theater app the kid will be able to create his own movies that develops his creative abilities. He can not only choose a character, a scene and a place, but also record everything on a mobile device. These items may be played through Samsung Smart Hub app.

The Samsung virtual representation service is accessible in Kindergarten and Best Kids Song apps, which lets you and your child participate in what is going on the screen. The camera in the TV-set also lets you repeat dancing movements after the character while watching yourself on the screen. The same thing is with the Best Kids Song app: you sing popular kids songs and look at yourself. Nowadays Samsung offers a lot of popular kids' apps and this amount grows up with growing needs. The next article will be devoted to this topic. So, to be continued...

Do you play with your children in gadgets?

Previous story Is There Any Life Beyond Facebook? Next story If I were a student...

Yes, we spend some time with our grandkids while they are on their tablets. Enjoy it very much.