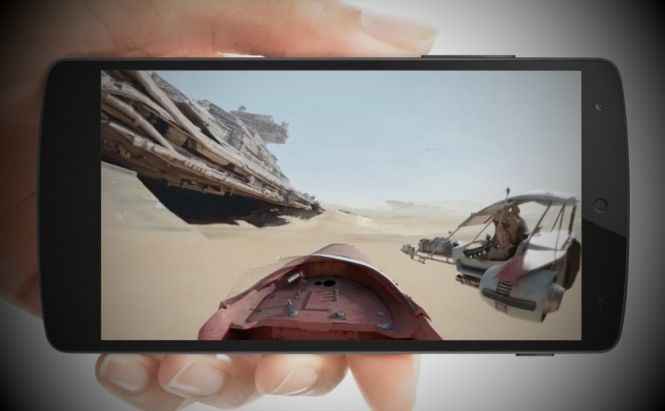 Sometimes, when I read of all the 3D videos making their way to various platforms, I come to think whether the common 2D videos will some day be pushed out of the Internet just like the silent movies were once pushed away from TV. Well, probably, that won't happen soon (if ever), but it's a fact: more and more services implement native support for 360-degree videos, and Facebook is not an exception.

Actually, there's not much to say here, you can now watch panoramic videos on Facebook. The feature is rolling out to the web and Android version of the service with the iOS release yet to be announced. You can watch a teaser video from Disney and Lucasfilm, featuring a swoop ride from the upcoming Star Wars: The Force Awakens by following this link.

According to the official announcement, it seems that only a limited number of publishers currently have access to the feature; at the moment, the list includes Star Wars, Discovery, GoPro, LeBron James & Uninterrupted, NBC’s Saturday Night Live, and VICE. Hopefully, Facebook will eventually grant common users with the access to the functionality, since consumer level equipment is already out there.