Finally, a Toy That Allows You to Do Some Covert Parenting 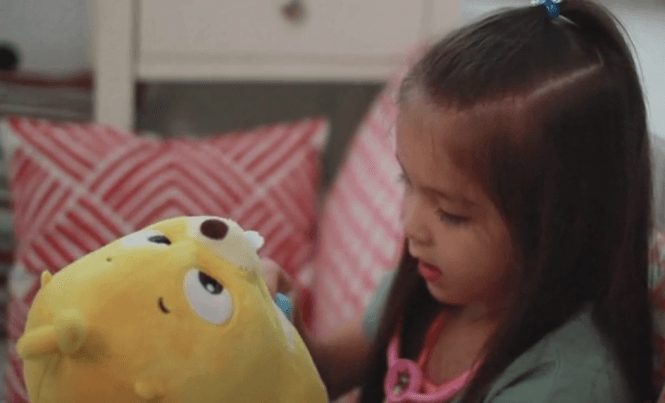 Finally, a Toy That Allows You to Do Some Covert Parenting

If you have kids, then you know that there are many times when they don't do things simply because it was you who "gave the order". But what if the message came from their best friend? Friend Duda is a really cute-looking stuffed animal that can be your kid's best friend while also doing some "undercover parenting" work for you.

Friend Duda is a cutesy (and slightly goofy-looking) stuffed mole that was inspired by a Korean cartoon series called Duda & Dada. The toy encases a voice box and a microphone, thus serving as a facilitator of better communication between parents and their kids. With the help of a smartphone app that comes along with the toy (works with iOS and Android devices), the grownups can record messages that are played back to the kids in the funny voice of the toy. The little stuffed animal can also capture answers from your kid and send them to you through the smartphone.

Another thing that both parents and children will really like is the educational feature. Duda has a built-in NFC receiver which can be triggered with the help of special stickers (each toy comes with five stickers). You can record messages or use some downloadable songs, stories or lessons from the Friend Duda app and assign them to each of the stickers. Besides being able to educate your children, the fact that you can constantly change the messages means that your kid won't get bored with his or her yellow talking toy. At the moment Friend Duda is just a prototype, and the creators recently launched a Kickstarter campaign to get the money they need for manufacturing the product. The smartphone-controlled stuffed mole has already gathered $27,000 of the $124,000 goal with 50 days left to go and, if everything goes according to plan, the toy will hit the market in May of 2015.