Here's a simple explanation of what CPU is and what it does. 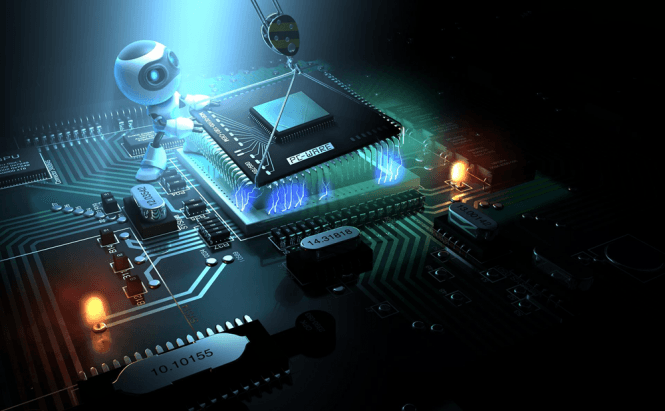 The CPU (short for Central Processing Unit) is the brain of your computer. Also known as processor or microprocessor, this component takes care of every logical action (software command) that your PC has to deal with. CPUs look like small squares with a bunch of pins (spikes that connect it to the motherboard) on one side.

The short version of what the CPU does is it takes a high-level command from the user, it converts it into its own language, executes the respective command or a chain of commands, and then returns the output to the user. One of the the most amazing things about it is the speed with which it carries out all these operations.

Choosing a processor, you have to take your pick out of the two brands available: AMD and Intel. I can't tell you what to choose, but I can share the specs of each one of these brands and my own opinion so that you can make an informed decision. Money-wise, AMD CPUs are generally cheaper and more affordable. Furthermore, if you like tinkering around, AMD is once again a better solution as most of their microprocessors will offer overclocking options, while most of Intel's chips are locked. However, when it comes to performance, especially the way the CPU works with your graphics card, Intel's latest processors (i5, i7) are significantly better than their AMD counterparts.

Just like with motherboards, when buying a new CPU, you will see a whole bunch of technical specifications which may look like gibberish, so I will attempt to explain the most important of those specifications and put it into terms everyone can relate to:

If you're looking to purchase a CPU, I cannot tell you exactly what to buy because it depends on your budget and needs, but, at the moment, an i5 CPU is a pretty good processor, and it will enable you to run (in decent conditions) almost any program or game available.

Once again, I hope this helped and if you have any questions - leave a comment, and I will try to address as many as possible in the final article of the series.

It's been a while, but it's finally back: our guide on what to buy whatever your budget is when it comes to PC hardware. Until quite recently, there wasn't actually a great deal to talk about where new hardware is concerned, with price changes being the main consideration when looking at what to buy.