Hoverboards are real, but they're quite expensive 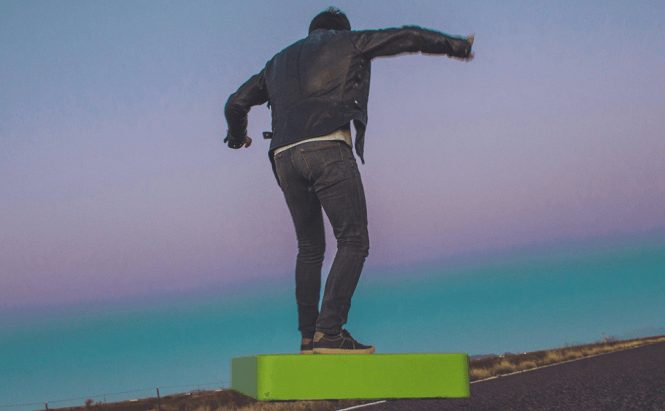 Hoverboards are real, but they're quite expensive

Hoverboards have been a fascination of mine ever since I saw the Back to the Future movies, and I'm not talking about those darned Segways that dads from all over the world keep falling from, but an actual hoverboard that really hangs in the air. The good news is that there is now a device which actually hovers from the ground (at least for a few minutes). The bad news is that it costs $20,000, so I'll probably never be able to afford it, as I would rather buy a new car.

An aeronautics company named Arca Space Corporation came up with a working hoverboard called Arcaboard that can float over any surface. In order to achieve this, the gadget uses 36 electric fans which produce 272 horsepower and can carry a maximum of 243 pounds (about 110 kilograms). Of course, such an awesome device must have several disadvantages: for starters, to create that kind of horsepower, the hoverboard requires quite a bit of electrical power, so it can only stay in the air between 3 and 6 minutes while the battery takes a little bit more than 6 hours to fully charge. (The company stated that it also made a dock that can recharge the battery in 35 minutes, but even so, it's still going to be seven times longer than the actual running time). Another disadvantage is the shape of the device, which doesn't resemble the skateboard you would expect, but instead looks more like a toppled monolith. And, probably the biggest drawback for the device is its price: Arcaboard costs $19,900, while the charging dock will cost you additional $4,500.

This isn't the first working hoverboard that we've seen. Last year, Sam told you about the $10,000 Hendo Hoverboard, but that only hovers over certain conductive surfaces. If you're a fan of the Back to the Future series, you should also check out this awesome electric DeLorean built by a group of Irish students.