How to Take Screenshots and Record Videos on Consoles

Curios about how you can capture videos and images from your console gaming sessions? Here you will find the answer. 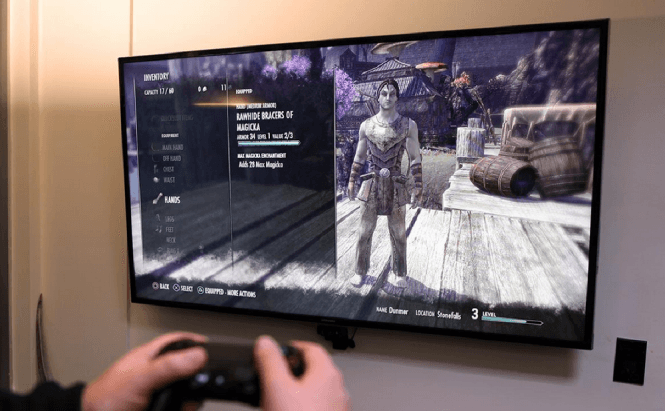 How to Take Screenshots and Record Videos on Consoles

In a previous article I've talked about the best ways to capture footage and images from your gaming sessions on the PC. However, a lot of people prefer to play on consoles and, since I don't want to be unfair, I decided to write a guide about how can you show off your in-game skills to your friends or community if you are using a game console or other TV-connected devices. Don't worry, it's not as difficult as you would expect. In case you are the proud owner of PlayStation 4, here's what you need to do: hold the Share button on your controller pressed for approximately one second, and you will be taken to a different menu where you can choose to either save the screenshot, or save a video containing the past 15 minutes of your gameplay. The PS4 automatically records your activity, so you don't have to worry about missing some incredible plays you've just performed. In case you want to start recording a new video, press the Share button on your controller twice to start the video capture and once more to end it.

Sharing your photos and videos is also pretty easy. In the previously mentioned share menu you can easily save your videos and screenshots, then copy them to a USB memory stick that you can easily connect to the console. Furthermore, you can also choose the Upload Screenshot or Upload Video option to make them available online on one of the supported services. Last but not least, you can also directly broadcast your gameplay by using the corresponding option. Microsoft's XboxOne is also a device that automatically records your activity, so you don't have to worry about missing out what just happened. All you have to do is double tap the Xbox button and either press the X button to save the previous 30 seconds of gameplay, or the Y button to take a screenshot. Unfortunately, Xbox One is a bit more limited than PlayStation 4, so even if you go to the advanced options by choosing the Snap an App option and then selecting Game DVR, you will still only be able to record a video with a maximum length of five minutes. After you've finished the recording, head over to the Upload Studio app  to edit and share the videos online. You can also stream your session online via Twitch. Wii U is even more limited than the previous two devices. You can save and upload screenshots anytime you desire, but there is no option which would allow you to record and save videos of your gameplay. To capture an in-game image, just press the Home button (while playing), then choose the Internet Browser and navigate to an image sharing site. Once there press the Upload button, go to Browse my computer and you should easily find the last image which was on your screen before you paused the game. To be honest, I don't have Wii U so I can't tell you all the services this works on, but I know for sure that it works on Imgur and Facebook. (It should work on other services as well). If you are looking for a better (professional) video-recording solution, I would advise you to purchase a so-called game capture device. These gadgets are connected through HDMI cables to the consoles and to the TV, basically sitting between the two and can work with pretty much any gaming device you might use. Furthermore, you can use an USB cable to connect the game recording box to your PC and see exactly how the video looks like while it's being recorded. These game capture devices are also a great solution for streaming your gaming sessions on Twitch TV or other similar services.

Quite interesting information for gamers.