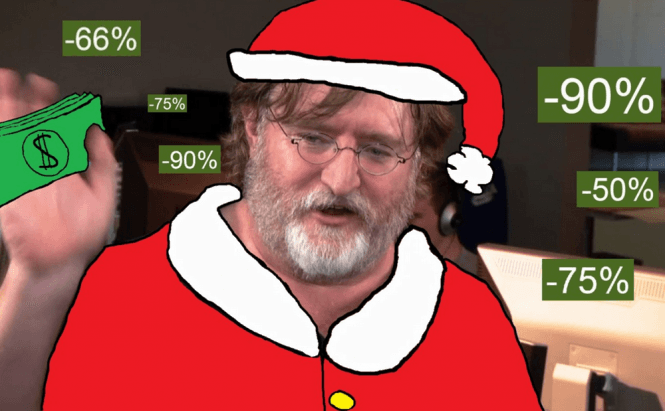 As I'm sure you know, Christmas is right around the corner and this also marks the beginning of Steam's Winter Sale. For those of you who aren't familiar with this tradition (which is becoming as beloved as Christmas itself), the Winter Sale is that magical time of the year when you can buy all the games you've been drooling about the entire year at much more convenient prices. For example, there's a major discount on the Witcher franchise (The Witcher 3: Wild Hunt is 50% off while the previous two games of the series are 85% off) and Metal Gear V: Phantom Pain has a 33% discount. Other popular choices such as GTA V Online, the Sid Mayer's Civilization series, the Heroes of Might and Magic series, the games from Star Wars universe, etc. also have considerable discounts.

It seems that Steam will keep the same format from the Exploration Sale, so no daily deals and no flash deals. This may be a bit boring for the more savvy game-shoppers, but it's great for the others as it allows them to take advantage of the available offers throughout the entire duration of the Winter Sale. Don't worry though, if you like Valve's activities, there's still something you can do: if you visit the Discovery Que on a daily basis, you can win three free trading cards, which you can then sell on the marketplace (if you don't want to use them yourself). In case you were wondering, the Winter Sale lasts until January 4th so, you have plenty of time to get the games that you've been wanting, but couldn't normally afford.

Since you're a gamer, you might also want to read the article that James wrote: "New Wave of Instability In Games on PC and How To Fight It" and be prepared in case something goes wrong with one of the games that you buy.