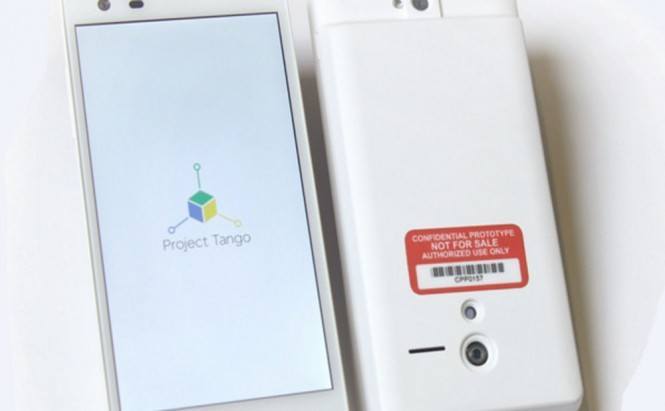 An amazing video featuring Project Tango smartphone attached to a drone has recently hit the Internet. Project Tango is a smartphone with 3D environment mapping abilities, developed by – guess who? So, why on earth Google decided to create such a thing? Well, here's the answer

A group of researchers from the University of Pensylvania got the device and attached it to one of their quadrotors. Now, what we actually see in the first part of the video is how the drone returns to the initial position after being displaced. Then the researchers use the laptop to give the drone a trajectory that they want it to stick to. Note that the laptop is not used to control the flight of the drone, it relies only on the Tango's 3D mapping. The video is the first footage that proves that Project Tango may become a huge step ahead for robotics industry. A robot with the attached Tango device can be completely autonomous and does not require any motion-tracking system, as the device is capable of localizing itself without using GPS.

At the moment the researchers study the accuracy with which Tango can localize itself, and according to their estimations, the accuracy is going to be within a centimeter. So, provided that their predictions are true and Google will make Tango relatively cheap, the invention will revolutionize the way mobile robots navigate indoors.

Previous story SUPERHOT: Freeze Time and Take Out Your Enemies Next story Samsung Applies for a Patent on a Round Smartwatch With Gesture Support