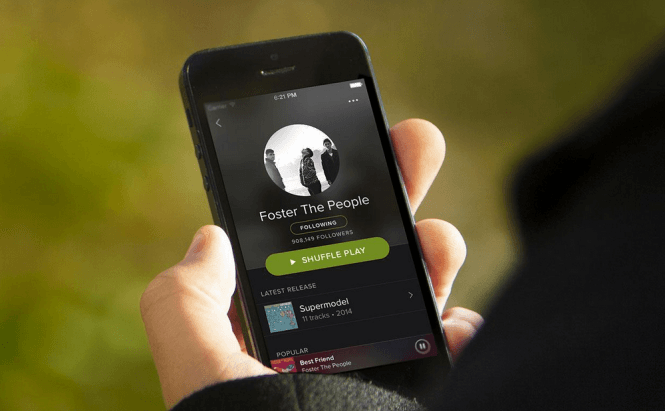 Spotify is one of the best music streaming services on the market today, but it also had its share of troubles, especially with the artists. I don't think that anybody has forgotten the problems between Taylor Swift and the streaming service which were related to the royalties that the musicians are entitled to, but in some cases never receive. According to an unofficial report that appeared in the Wall Street Journal, the Spotify staff has been giving a lot of thoughts to these issues lately and may have come up with a solution that won't be very popular among the users. As rumor has it, the music streaming service might enable labels and artists to restrict access to the newest songs and albums so that only the paid subscribers can access them.

Just so we're clear, this is just rumor so it might turn out to be untrue and even if it is, it will most likely take a while until this new policy will be in effect. In the past, Spotify's officials stated that free music was vital for the service's survival and that it is the only way for it to compete with Pandora or YouTube. Despite some really cool features such as Spotify Running or Taste Rewind, not many people would want to pay for the service when they get the more or less the same things for free from the competition. However, if this turns out to be true, this change might prove to be a big victory for music labels and artists who will probably then start putting pressure on the other streaming services to stop giving away music for free.