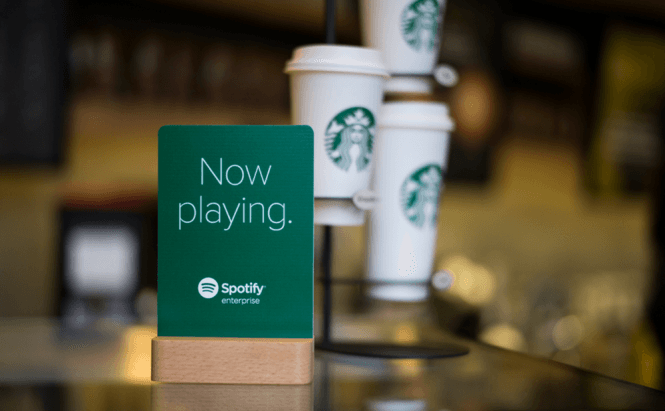 Spotify and Starbucks have just tightened their business relationship even further. The two companies have recently announced that they're implementing a system which allows Starbucks customers to identify any song they hear in the coffee shop, then download and save it on their Spotify accounts. At the moment, this feature will only be available for the Starbucks stores from the United States, but will work for both free and paid Spotify accounts.

However, in order for this to work you will first need to have the Starbucks mobile app installed, so that you can identify the songs that you're hearing. The previously mentioned application has a Now Playing feature as well as a Recently Played tab so that if you've just missed a song that you really liked, you can find it just as easily. Once they identify the song that they liked (in the app's list), the users can either love it (which will influence its selection in the future Starbucks playlist), share it on social networks or download it via Spotify. The Starbucks application is available on both iOS and Android platforms.

Talking about this move, Howard Schultz, Chairman and CEO of Starbucks stated: "Music has played a pivotal role in our stores for over forty years and we have been at the forefront of how to integrate it into a retail environment. [..] Today is the next era in that experience. We are merging the physical and digital, providing new access points for Spotify as they continue to grow globally, placing more control into our customers’ hands and giving artists the world’s largest stage for them to share their talent."