The Apple Watch Is Finally Unveiled 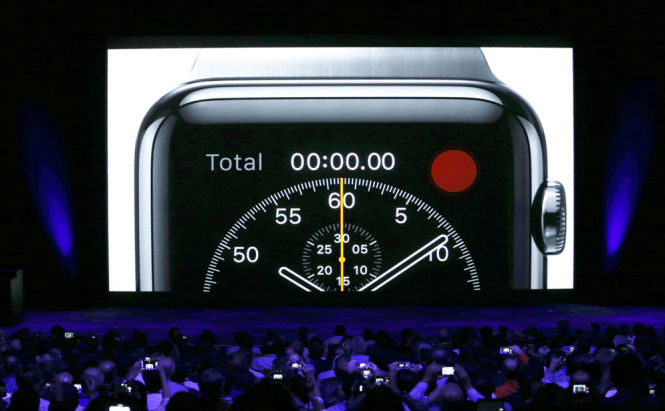 The Apple Watch Is Finally Unveiled

As I'm sure you know, Apple hosted a huge event yesterday where it unveiled several new gadgets including the iPhone 6 and the "Apple Watch". Since the live video feed from the conference wasn't working properly, I couldn't watch the presentation myself, so I've spent the last couple of hours reading about it, and I can tell you that the Apple Watch did not receive the positive reaction I was expecting. Here's why.

There are several positive aspects of the Apple Watch: from my point of view, the gadget has a great-looking design and is definitely worth having as a fashion accessory. The device features Sapphire glass, Retina display and the wrist band is easily changeable and adjustable.

The smartwatch is available in three editions: Apple Watch basic, Apple Watch Sport (sweat-resistant), and the luxurious Apple Watch that will come in an 18-karat gold case. Furthermore, the gadget will be available in two watch face sizes (38mm and 42mm), so that it won't look too big or too small on your hand.

When it comes to functionality, most of the really useful stuff comes from third-party applications like the one by the Starwood Hotels Chain, which allows you to open your hotel door by waving your wrist, or the one from American Airlines, which displays all your flight information on the watch screen.

Furthermore, the Taptic technology (the watch taps on your wrist to alert you about stuff) seems pretty interesting, especially when it is used to guide the user on a certain map route. The Apple Watch features a wide array of different tapping kinds, so that you can instantly "feel" what the notification is about.

As far as I'm concerned, the Apple Watch features way too many gimmicks. Firstly, the app measures your heart rate and allows you to send out the data. (Why?!) Furthermore, the smartwatch allows you to draw pictures with your finger and send them to your friends. Another thing that bugged me is the fact that the watch will tell you when you've been sitting for too long, and you need to take a walk ("You're not the boss of me!"). Lastly, the smartwatch informs you about the current planet positions and the moon phases. (Shutout to all the astrologers and werewolves out there?!)

One of the things I was really disappointed about was the much advertised digital crown. From what I had heard, it was supposed to be a revolutionary system that would make the touch screen no longer necessary. Instead, Apple repurposed the regular watch crown to be used for zooming in and out, scrolling up and down. The "digital crown" also acts as the Home button when you tap it.

And probably the worst thing is that most of its functions require your iPhone (iPhone 5 or later) close by in order to work, which leaves me wondering why do I even need the smartwatch if I already have the smartphone on me?

You have to know, though, that the new Apple wearable has only been unveiled, but not officially launched on the market. The device will become available for the general public in 2015 and will cost $349, but we are yet to find out its official name (iWatch seems to be out of the picture) and the full extent of its features.

Other things that are yet unclear are the actual duration of the battery (theoretically, you are supposed to charge the watch overnight), and if the Apple Watch will be able to resist water, since we were told that we can wash our hands with the watch on the wrist, but we can't go swimming with it.