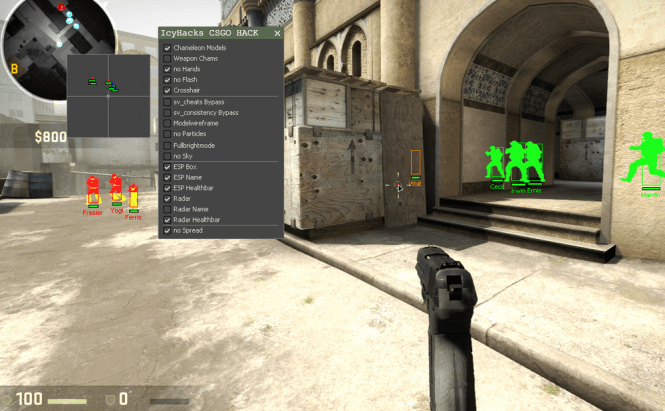 Playing Counter-Strike against someone who cheats is never fun. Just think about it: you carefully crouch close to an entrance, attentively listening to any footstep that may give away your opponent's position, only to get shot through a wall because the other guy's cheats give him X-ray vision. Fortunately, Valve has become smarter when it comes to dealing with cheaters and will now ban them on every account that they own, not just the one they were cheating from.

Valve has recently begun using its own two-factor authentication system to get rid of the cheaters that plague CS:GO. The company now uses the phone number that the users provide to find out all the other Steam accounts that belong to the same person. So, if you are caught using cheats while playing Counter-Strike: Global Offensive on secure servers, you won't just get a ban on your current account, but also on all the other ones associated with your phone number. In case you are looking for ways to circumvent this measure, you should know that in case you don't have CS:GO installed on your other accounts, this ban will stop you from purchasing and downloading the game.

And if you think that cheaters will simply give up on using two-factor authentication, that's not very easy either. While Valve doesn't actually force anybody to use this security system, those who don't use their phone number to protect their accounts have to wait 15 days until their trades get through and that's a very long period. This is one of those times when Gabe Newell's company was extremely sly and we're not even mad about it.

If you're interested in reading more Steam-related stories, I recommend checking out "What's Steam OS and how to install it on your PC" or "Bitcoin payments are coming to Steam".