An ambitious project on Kickstarter by a company called Vanhawk attempts to revolutionize the way we .. ride a bicycle 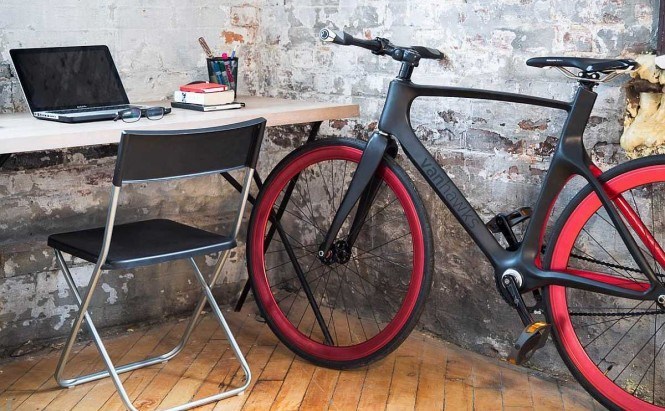 An ambitious project on Kickstarter by a company called Vanhawk attempts to revolutionize the way we .. ride a bicycle. And although Kickstarter is just filled to the gills with pseudo-smart techno solutions to our mundane domestic issues that don't do well in the long run due to lack of practical usability, this project seems to be doing just fine with the funding, hinting us to believe it might actually be quite worthy. Vanhawks' Valour, a 'first ever connected carbon fibre bicycle', has gathered over $550.000 from 574 backers and still has 12 more days to go.

What you get with Vanhawks' Valour:

Please make some of your bikes available for Africa, precisely Ghana.

Love that bike and this site! Do you make one with four wheels? I had a brain aneurysm 10 years ago and lost most of the use of my legs so I am in a wheelchair most of the time. I can't walk but a few yards at a time with the help of crutches or I'm in my wheelchair and I hate that thing. I'd love to have a bike like that one I could afford. (I bet they are very expensive, huh?) Thank you for letting me visit your site, though. It is so nice.

More people will hear about it and come to visit.