3D-printed nano-fish could one day save your life 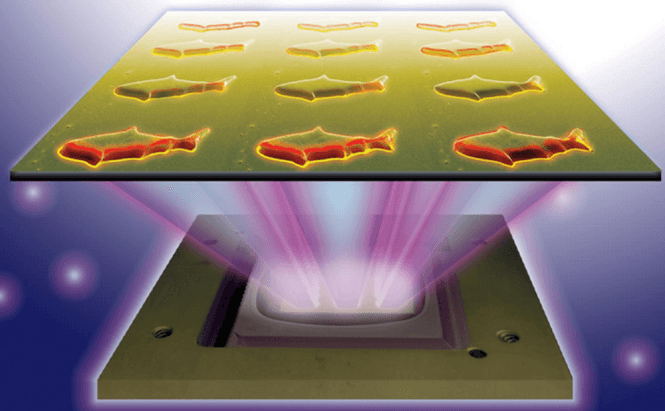 3D-printed nano-fish could one day save your life

A team of scientists from the University of California, San Diego have managed to 3D-print nano-fish. What's really cool is that these micro devices are made from materials which react to the environment that surrounds, thus being practically able to swim. Additionally, these small fish can also contain nano-particles which enable them to inject medicine directly into a person's cells or organs. What makes this better than the already existing nano-robots is the fact that the shape of the devices is better suited for swimming through your bloodstream. Medicinal nano-technology is a common theme in SF movies and novels, but recent developments didn't only show that such a thing is possible, but that we're actually very close to creating and using such tech. According to the researchers, the nano-fishes aren't only a reliable way to deliver medicine to specific cells organs (which is a lot faster than the current traditional medicine), but they're also extremely efficient at cleaning toxins from the blood stream. The scientists came up with a proof-of-concept in which they mixed in polydiacetylene (PDA) nanoparticles (generally used to capture toxins such as venom) and the fishes were able to grab and neutralize the toxins, much quicker than any medicine would.

Wei Zhu, a nanoengineering Ph.D. student and also co-first author of the research, stated: "We have developed an entirely new method to engineer nature-inspired microscopic swimmers that have complex geometric structures and are smaller than the width of a human hair. With this method, we can easily integrate different functions inside these tiny robotic swimmers for a broad spectrum of applications."