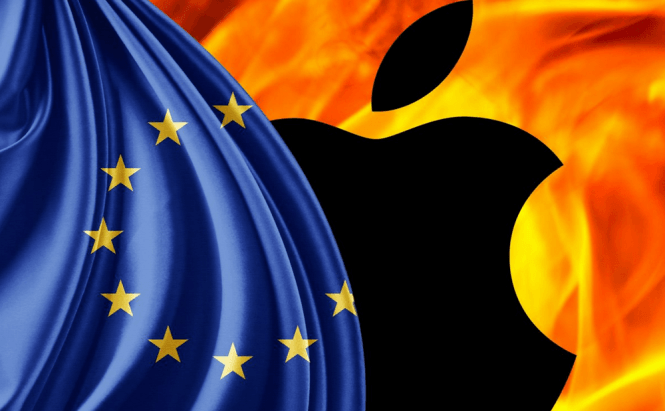 Things don't seem to be going Apple's way this week. After Sony decided to hold its PlayStation 4 Neo launch event on the same date as Apple's iPhone 7 conference, the European Union is now going after the American company. According to a recent announcement made by EU representatives, the IT giant has been slapped with a jaw-breaking tax penalty fine of 13 billion euros, roughly 14.5 billion dollars. However, the entire situation is controversial at best.

After a three-year investigation, European commissionaires have concluded that Apple received special taxation treatment from the Irish government, which is illegal in the EU. They claim that in the last 13 years, the IT giant paid between 1% and 0.005% in business profits tax, while Ireland's laws state that the tax should be 12.5%. As a result, EU's officials have decided to retroactively tax the company. On the other side of the fence, Apple's Tim Cook states that his company has never had a special taxation deal with Ireland and that it paid all the dues that it owed. However, what's really interesting is Ireland's position in all this: the country's officials state that Apple doesn't owe any money in taxes and that they don't do deals with taxpayers.

Of course this isn't the first time when American IT giants have been in trouble with the European Union: about a year ago Google had to face antitrust charges, while Facebook is still dealing with privacy-related investigations.

Previous story Opera users need to change their passwords ASAP Next story If you wanted to play EVE Online, you can do so for free

Hello!
Thanks for the best software.