The end of the year is near, so it is very customary to look back at the year and see what has happened and try to predict what the new year is going... 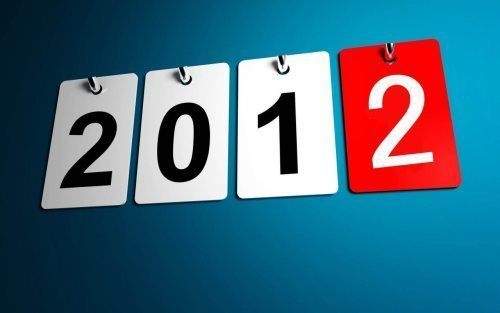 The end of the year is near, so it is very customary to look back at the year and see what has happened and try to predict what the new year is going to bring. The majority of those sorts of articles are written for two or three companies, such as Apple, Microsoft, and to a lesser degree Intel. 2011 was an interesting year for all three of them. So let's see what was up with Apple.

Lion. In summer Apple released a new version of their sleek operating system – Mac OS X 10.7, codename Lion. The operating system includes a good number of improvements and becomes more and more geared towards cloud services. Its price was slashed to 20 US Dollars, and its delivery methods almost stirred a revolution in tech industry – the operating system is now offered through Apple's App Store. Microsoft still uses its archaic ways of deliver – physical media and retail channels. Yet, again, win for Apple.

iOS 5. All of the iPhones, iPods, and iPads starting from the 3rd generation of Apple's touch-screen products received this new operating system in October. There is a countless number of articles on the improvements this newer version introduced to the operating system. Overall, it did not introduce anything I haven't seen before. The operating system's priority was an even closer integration with Apple's cloud service. This just makes me believe that they will be giving iDevices for nearly free but charge hefty premium for using their data centers and the Internet traffic. Apple's got something in mind, but it is hard to predict what it is – you know how enigmatic they are! 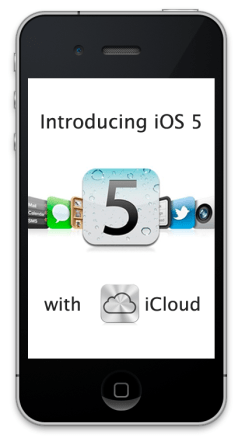 iPhone 4S. What a disappointment! At least for me. Apple's fans around the globe were hoping for Apple to create, yet another, revolution in mobile industry, but alas – they did not. Economically speaking, it was a wise choice to offer an improved version of already existing and hot selling phone. There is no need to cannibalize your own sales, letting the competition believe for a moment they finally caught up, and BAM, releasing an iPhone 5 with features coming from somewhere in space, not from our galaxy for sure. Emotionally speaking, I want an iPhone 5 already! Give it to me! Now.

Siri, the personal assistant is a nice touch, but still in beta development and becomes boring after a week or two. Yes, it does help accomplishing certain tasks on your phone a bit easier, but overall, I do not believe it deserves as much hype as I see in the news. But certainly, that's the future of the smart phones – maybe one of those days it will replace the expensive shrinks and we will see people marrying their Siri, like they do it with their cats and dogs and what not.

This version's name is really awkward. I do not know who they are calling an S, or it is the phone that is made for your **S... strange seeing Apple's marketing department allowing such dubious name for this device. But oh well! No one seems to be making fun of this naming scheme, so I am a little bit puzzled as to why – is it because they love their iPhones that much?!

A couple of days after the grand iPhone 4S announcement, Google with Samsung presented what could be a serious competition to Apple – Samsung Galaxy Nexus. I was hoping it would come with a curved front glass panel, but it did not. I guess curved glass front panel is the trend for 2012, not 2011. Tons of awesome features and the new, hot operating system – Ice Cream Sandwich. Multiple improvements, but I did not have a chance to play with it yet to tell you what I think about it. I had to mention ICS because it could be a serious threat to Apple's iOS. But that is only possible in the next year. 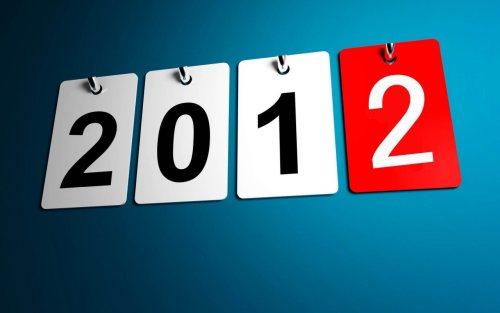 I've read a good number of articles and rumors with discussions about the trends for 2012. To tell you the truth, most of them are similar and quite a bore to read. Here's my summary of what is going to happen.

There are rumors that the production of iPad 3 will begin in the first quarter of 2012. some of them claim that Apple will cave in offering two different sizes of their tablets, but I do not believe it is true. There is an iPhone/iPod size, and there is iPad size – there is no need to offer anything in between... especially for Apple. I believe they will keep the current screen sizes but greatly improve resolution and probably offer the ability to create 3D images or watch 3D movies with glasses. There is just no need to change the existing form factor of their product as there are countless number of accessories out there for those precise measurements, making iDevices so popular and the choice of public. On the other hand, while keeping the same device dimensions, Apple could increase the touch-screen size a little bit, getting rid of the rim or making it smaller, which should be outstanding but is less likely to happen.

IPhone 5 should be released around 3rd quarter of 2012. I expect a curved glass front and the possible use of plastic in the back – cutting cost to make sure it is not priced over 1,000 for consumers. The newer iOS will see the light of the day with minor improvements – namely Siri and further iCloud integration. Perhaps, integration with Apple iTV (as a remote control for it), which rumored to be showcased 2nd quarter of 2012, sometime in Summer.

Many speculate that Apple will drop its line of desktop computers, but I highly doubt it. The line is alive and kicking, and while it brings in at least some revenue, Apple will keep it alive. Desktop computers will be phased out in the next decade, but not abruptly abandoned – that's just a ridiculous talk.

I guess that's all for predictions. I do not think the year will be extremely eventful. The global economy is not at its strongest, so there is no need for tech companies to spend lots of money on innovations that no one will buy. I think they will play safe until there are signs of the improved global economic climate. So, for better and more interesting tech solutions, let's cross our fingers for the economy to recover and be as strong as possible (job security is the added benefit of such economy).