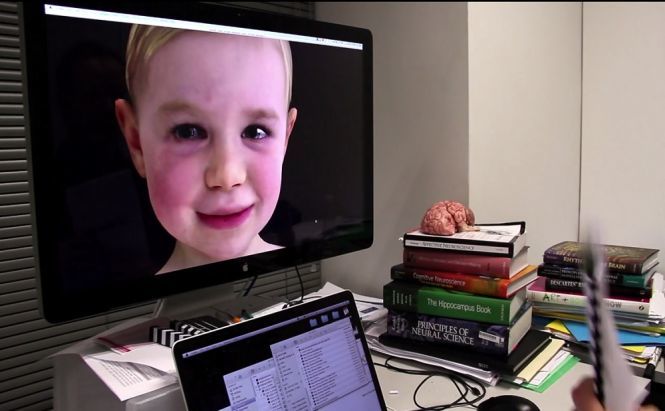 Scientists from Laboratory for Animate Technologies (which already sounds bizarre) are working on an absolutely revolutionary approach to AI development. The idea of implementing a personality to a machine may sound like a sci-fi cliche (and a scary one by the way), but nowadays a fantasy of yesterday is almost sure to turn into reality of tomorrow.

And BabyX is a living proof. This is a visualized AI which can see, hear and even speak to you, expressing her attitude to what you say. And yes, it's a girl. The mind of a child is considered to be quite primitive, and that is why it was taken as the basis for the AI. The thing is that human mind in such an early age behaves much like a machine that has one sole purpose – to digest information. The infant prototype is also capable of reacting to various stimuli: she can smile if you praise her or can be distracted if there are any alien objects that catch her attention. In the video below, for instance, she constantly switches her attention from the speaker to the camera.

BabyX First Words from Lab for Animate Technologies on Vimeo.

The digital child's 'brain' is described by the developers as “a computer-generated psychobiological simulation... incorporating computational models of basic neural systems involved in interactive behavior and learning." Basically, BabyX uses the most common models of child behavior: repetition and association, conditioning, imitation, and reinforcement learning.

Though it will probably take long before BabyX matures to Cortana or, say, GLaDOS, the developers are sure that their project is going to be the next step in human-computer interaction