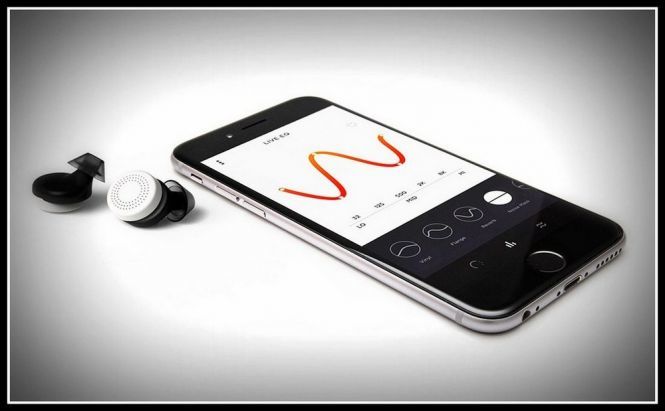 On Tuesday this week Doppler Labs initiated on the Kickstarter platform the campaign to raise money for their large-scale audio project Here, the active listening system. The goal was to make $250,000 by the end of June, but surprisingly enough in around 48 hours the results surpassed that plan and... At present, with the help of 1,395 backers the developers have $307,466.

So, what is this huge sum of money earmarked for? What is the Here innovation? According to manufactures' reports, Here is a wireless listening system that consists of in-ear buds and a smartphone app. The app offers you an equalizer, volume knob, sound effects, preset modes, and other options to transform a music track, but what distinguishes Here from other headphones and players is its ability to turn down unwanted sounds and boost voices/instruments you really want to hear. For example, you may reduce chatter in a office, suppress the jet engine on an airplane, or pump up the bass at a concert. Unbelievable!

Each Here bud includes a microchip for audio encoding with a microphone and speaker connected. A sound goes through the mic and comes into the chip which recognizes the signal and modifies it using the set algorithms before it enters your ear. It only takes 30 microseconds.

The product is supposed to hit the market in December, 2015.

To learn more about the fundamentally different audio technology and its ambitious developers, join the Doppler Labs team on Kickstarter.