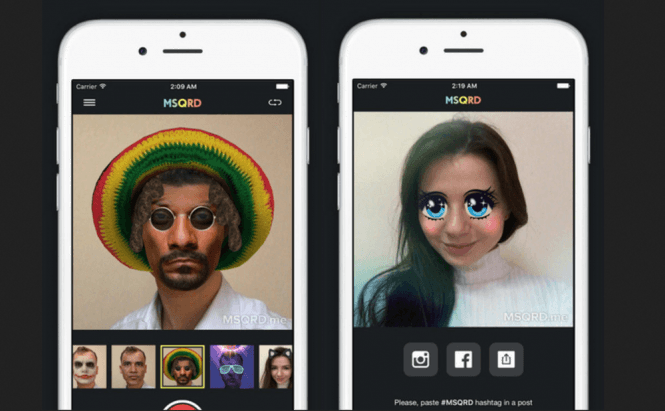 In a recent announcement, Facebook revealed the fact that it bought the Msqrd app. While neither of the companies wanted to disclose the price of the transaction it's very likely that it wasn't a bargain for the social network, which is once again forced to play catch-up with Snapchat. The key members of the former Belarus-based company: Eugene Nevgen, Sergey Gonchar and Eugene Zatepyakin will now work from Facebook's office in London.

For those of you who are unfamiliar with the topic, Msqrd is an app that allows its users to add some cool filters on the images and videos that they take using their mobile device's camera. Most commonly, the application is used to add some silly or exaggerated effects to the faces of the people from the captured images. While talking about the company's latest acquisition, a Facebook official stated: "Masquerade has built a fantastic app, MSQRD, with world-class imaging technology for video. We’re excited to welcome Masquerade to our team and continue enhancing the Facebook video experience".

In case you were curios about the reasons behind Facebook's decision to acquire Msqrd, it's actually quite easy: several months ago, Snapchat acquired Looksery and enhanced its selfie filters. This move turned out to be so popular that the company has soon after started monetizing on it by charging the users for using the effects. As the social network doesn't want to fall behind, it decided to once again try to mimic the competition's features. It's actually not that surprising keeping in mind that seven months ago Facebook added a Periscope-like live streaming feature called Moments, or that three months ago it started to once again test out ephemeral messages for Messenger.