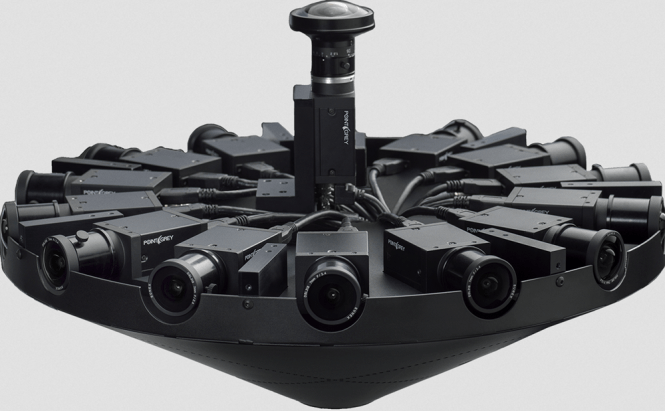 One of the surprises that Facebook unveiled in the first day of its F8 conference was a 360-degree camera called Surround 360. Furthermore, since the company isn't in the camera-manufacturing business, it's going to make both the hardware design and the stitching algorithm open source so that everyone interested can download them. However, don't get too excited just yet: the hardware components cost approximately $30,000. Let me give you some technical details about Surround 360: the device features 14 cameras placed in a circle that will capture 360-degree images as well as a fish-eye camera on top and two at the bottom to ensure that there are no holes in your video. The 17.4-inch lenses are capable of capturing content in 2K, 4K or 8K resolution and can store as much as 30GB per second while recording.

The device's case is made out of aluminum which means that it can be quite durable while also being relatively easy to take apart and put back together. As far as I'm concerned, the most amazing thing about Surround 360 is that it requires almost no post-production effort: it uses the genlocking technique, thus allowing the content creators to publish their videos in as little as a day.

If you want to find out more or see the camera in action, head over to the Surround 360 website and you will find everything that you need there. In case you're interested in virtual reality and 360-degree cameras, you should also check out some of our previous stories such as: "Google releases a free app to help you create VR photos" or "Nokia values its 360 degrees Ozo camera at $60,000".