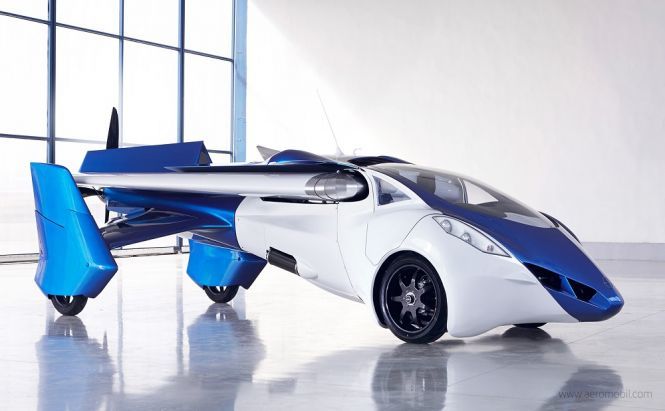 We've heard of lots of awesome inventions that slowly come into reality from the world of fiction: Augmented Reality, Artificial Intelligence, Human-Computer Voice Interaction, heck, even hoverboards! However, one, and probably the most essential element of any sci-fi universe, is missing. Had been missing, to be correct, until AeroMobil took a brave step and announced the invention of the first-ever flying car.

Actually, the project has been around for five years already, and today AeroMobil CEO Juraj Vaculik stated that the company plans to release the first consumer version of the car by 2017. AeroMobil has already manufactured the third-generation prototype of the vehicle, and yes, it actually flies. See for yourself.

Nevertheless, even if the company keeps its promise and you'll manage to save enough money to buy the first flying car (the thing will set you back a couple hundred thousand of euros), it's pretty unlikely that you'll manage to fly over traffic jams. It will probably take years, if not decades, before the government allows for cars to be taken off the ground.

However, Mr. Vaculic says that EU is extremely interested in the project and is going to lend all the possible assistance to help the company launch the car in the air. The first consumer line of vehicles is said to be aimed at a limited number of enthusiasts and will fit into the existing scheme as “light sport aircraft.” So if you wish to forget about traffic jams, you'd better start saving money and get a pilot's license.

You can find more information about AeroMobil at the project website.