HIV Analysis on a Smartphone 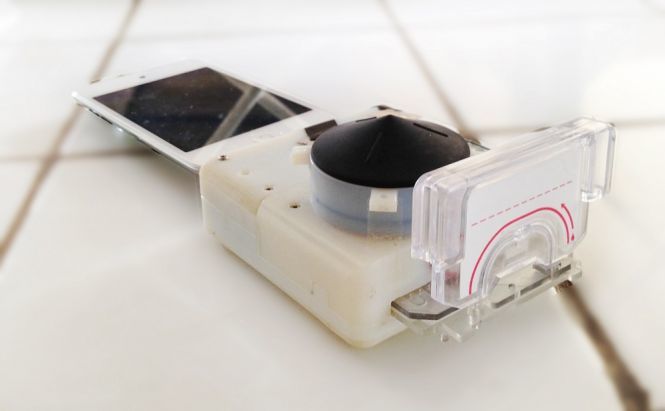 HIV Analysis on a Smartphone

Scientists from Columbia University created a relatively small smartphone gadget that helps to carry out a test for HIV with a finger prick. The project started back in 2007 and the gadget was originally designed as a stand-alone device. However, the use of the smartphones allowed for a drastic reduction of production cost. The gadget costs $35 and can be used with Android and iOS smartphones.

The blood sample is placed into a cassette that fits into the device. Then the gadget gets connected to the smartphone via audio jack and uses the smartphone's resources for data analysis. The accompanying app displays the result in fifteen minutes. This method of HIV detection is reported to be almost as accurate as lab analysis.

Because of the speed of analysis, the introduction of the device may become one of the most important steps in fighting against HIV, as pregnant women who detect HIV at an early stage and start the necessary treatment are less likely to transmit the virus to their children (the risk of virus transmission can be reduced down to 1%). It is still unknown whether the gadget will be available for everyone to buy, as it would imply certain data safety risks. However, with the given level of technology, it won't be a problem to launch the production on global scale.