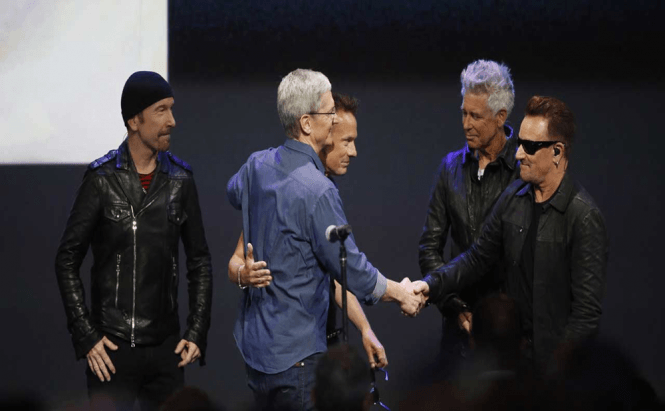 Christmas came early this year as Apple decided to offer U2's latest album as a free download to iTunes users from around the world. This doesn't mean that the artists didn't get payed, Bono and his guys received an unknown fee as a royalty blanket and the Cupertino company's commitment to a $100 million worth marketing campaign.

U2 is one of the most popular and of the most long-lasting rock bands in today's music industry. Formed in Dublin in 1976, the guys from Ireland have won 22 Grammy Awards and have been inducted in the The Rock and Roll Hall of Fame. U2's latest album, Songs of Innocence, was released on Tuesday, immediately after the band's performance at the Apple conference.

Apple's musical gift reached somewhere around 500 million users from every corner of the world. Although most of them were delighted with the present, there were some who questioned the IT giant's method of delivery. Depending on your iCloud settings, the album could've been automatically added to your iPhones, iPads and iTunes without requiring any kind of consent.

While I'm actually one of the many people who enjoys listening to U2, I'm not very sure how people who dislike Bono and the band will react to having Songs of Innocence in their downloaded album, thus later on receiving recommendations based off the presumption that they liked the album. To make matters even worse, getting rid of the gift seems to be rather difficult, since you can't remove it from your iTunes, so the best you can do is hide it.

What I found most amusing was that Tim Cook, the CEO of Apple, stated in a proud voice that this was "the largest album release of all time", which forces me to wonder if he's somehow related to Captain Obvious. You kind of just forced the album on 500 million people! Of course it's the "largest release" of all times. And on a totally serious note, we are actually grateful that you chose online services as the delivery method and not something more drastic like throwing bricks through the windows.

As far as I'm concerned, free music will always be a great gift, so thank you Apple, but I still won't buy your iPhone 6.