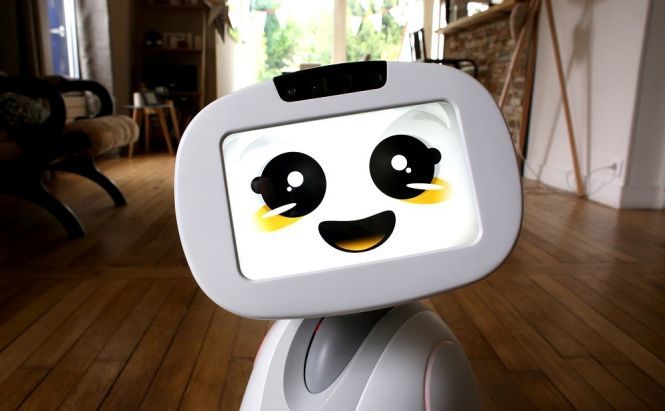 Robotics is not always about big and scary things, sometimes robots may be cute and friendly as well. A Boston-based company, Blue Frog Robotics, wants to make interaction with a computer more 'human' and less discouraging for a general consumer by introducing a family robot called Buddy. You might remember another AI companion that my colleague Nordine told you about a while ago but, unlike Musio, Buddy is more mobile and has much more functions.

Buddy is a companion robot that is meant to perform all sorts of daily tasks, replacing a whole range of smart house gadgets. It can control the light, remind you of important events, wake you up, take photos, play music and keep an eye on your house while you are away. The facial and voice recognition systems help Buddy identify all the members of the family. The robot is still in the alpha and its functionality at the moment is pretty limited, but the final version, which is set to be released in July 2016, will be able to do much more. Moreover, Buddy is based on Android, which means that anyone who is interested in developing robot apps can make a contribution.

Lucas Matney, a TechCrunch reporter, who managed to take a look at the first version of Buddy, says that Blue Frog Robotics has “nailed one of the hardest parts of building a companion robot, getting people to feel comfortable around it,” and I can't but agree with him, as this face will make even the most diehard technophobe smile. The robot is currently available for pre-order for $649. If you wish to learn more about Buddy or support the developers, you are welcome to visit the Indiegogo campaign.