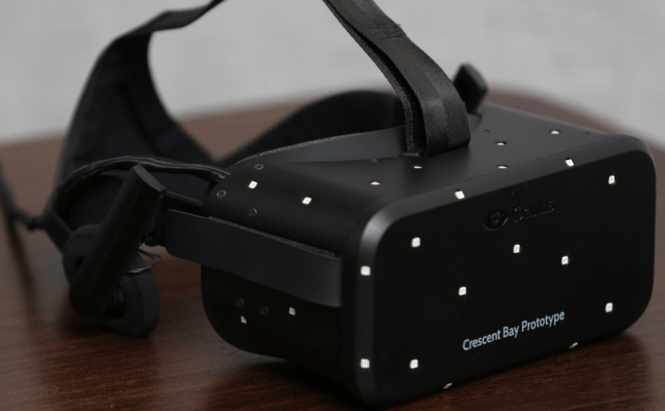 A few days ago, at the Oculus Connect Virtual Reality conference in Los Angeles, the CEO of Oculus revealed the latest prototype called Crescent Bay. The device features 360 degrees tracking and internal audio, but it's still not a release designed for the public.

For those of you who aren't up to speed on the technology, Oculus Rift is a head-mounted virtual reality device, designed to completely revolutionize the gaming world. Starting as an independent company, Oculus VR managed to raise over $2.4 million with its Kickstarter campaign. The headset, which is expected to arrive to the market in April 2015, has evolved incredibly and is getting closer and closer to its fruition with each prototype version.

Although the Crescent Bay bears some drastic improvements on the previous release due to its 360 degrees tracking, higher resolution, increased refresh rate and removable integrated audio (you can remove the embedded earphones and use your own), the device still isn't ready to be released to the general public.

To make things even better, Oculus announced that the original developer kit (DK1) will now be available as open source. This means that anyone can get free access to the schematic, mechanics and all the hardware parts (which are still being manufactured). The company stated that this is a gesture which will allow other developers to avoid the risks that Oculus VR originally faced.

Aside from all the aspects which the company already admitted needs improving before a customer grade product is launched, Oculus should also focus on doing something about the cable which connects the headset. Virtual reality is a sensitive concept and constantly tugging the wire can take a lot away from the otherwise awesome in-game experience.