Put your Fantasy into Virtual Reality with Geppetto 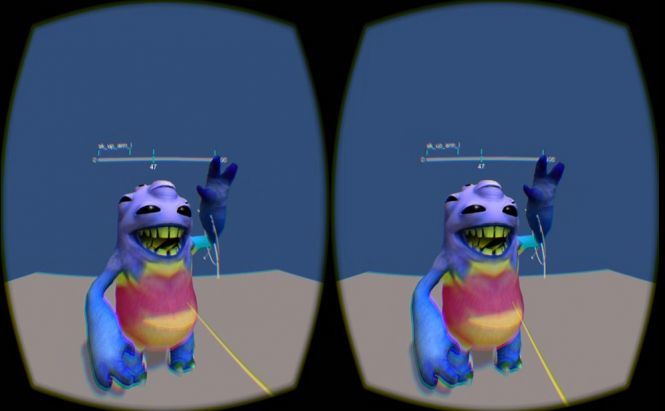 Put your Fantasy into Virtual Reality with Geppetto

Masters of Pie is a London based 3D animation studio that is currently working on a particularly interesting project that aims to provide Oculus Rift enthusiasts with a consumer 3D-modeling tool. That's correct, the creators of Geppetto (the software is named after the fiction character, who made Pinocchio) say that absolutely any person, even with no previous experience in animation, will be able to build their own characters from the ground up.

As it has already been said, the software is designed primarily to work on Oculus Rift and makes use of the Razer Hydra game controller which allegedly makes the process of character generation and animation building absolutely intuitive. The creators themselves describe the program as “digital puppetry” and that really seems to be close to reality. Check out the video below to see how animation is created in Geppetto.

I guess I won't be the first one to note that this piece of software reminds of Creature Creator mode in SPORE which was really awesome and provided players with a very wide range of opportunities for customization through a very intuitive interface. The players liked the process so much, that Maxis released a separate application called SPORE Creature Creator where thousands of fans were able to share their projects with the whole user community. Geppetto, however, is currently on the early stage of development but it may become a game-changer in design and other industries as well. As Road to VR reports, Masters of Pie are planning to pair the software with Maya (a feature-rich animation program) and refine some of the features that Geppetto already possesses.

If you wish to learn more about Geppetto and other projects of Masters of Pie, visit the official website.