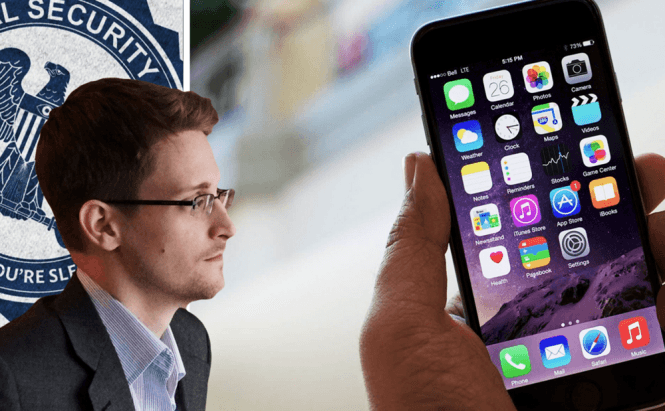 When it comes to the fight for privacy, there are very few names in the world that inspire as much confidence as Edward Snowden. Fortunately, his whistle-blowing on the NSA isn't the only step that he intends to take against government surveillance. Mr. Snowden and a hacker named Andrew Huang just came up with a new concept case for iPhones, which is supposed to stop governments from being able to track the phone user's location.

According to the well-known whistleblower, surveillance agencies are able to monitor smartphones using the radio signals that the device emits and thus quickly find the location of the user. The case contains something called an "introspection engine", which alerts the user if and when those radio signals get enabled. If you think that you can simply turn off all radio signals by activating the Airplane Mode, you are mistaken. Some smartphones, including iPhones, still keep services like the GPS active even when they're supposed to be in Airplane mode. At the moment, this anti-surveillance case is just in a concept phase, but the two hope to come up with a working prototype by the end of 2017. As far as I understand, the device works like a battery case, but it will also be connected to the SIM card and have a small computer that will detect and trigger an alarm whenever radio signals are turned on. Furthermore, the case may also be fitted with a kill switch that will instantly cut off the power to the handset.

If you're interested in privacy and surveillance, you may also want to read some of our older stories such as: "Privacy Vs Convenience" or "Big Boss is Watching You, or Spying at Work".