A New Assassin's Creed Game In The Making? 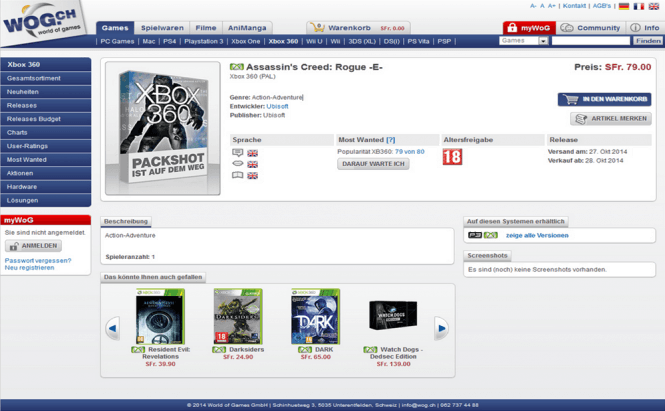 A New Assassin's Creed Game In The Making?

This post is only a rumor based on some information leaked by the game vendor World of Games. The online game shop listed Assassin's Creed: Rogue as a product that will become available for Xbox 360 and PS3 in August this year. According to speculations on the subject, the newest game from the series will be announced at the Gamescom trade fair, which is coming up shortly.

The Swiss retailer World of Games has already removed the product from its listings, but the buzz around the subject can no longer be contained. According to various reports, Assassin's Creed Rogue action will be placed somewhere around the year 1758, and it will take place on the coast of the Atlantic Ocean in the area of New York. Apparently, the game is set to continue the story from Assassin's Creed Black Flag and will have a Templar named Shay as the main character.

If this rumor turns out to be true, it would bring a lot of joy to all the fans of the series, as this will be the second game of the franchise launched in 2014. Assassin's Creed Unity is also set to be released on August 28 and will be available for Xbox One, Play Station 3 and PC. Although Ubisoft is yet to mane an official statement on the matter, its CEO Yves Guillemo stated that more information about the game is coming "soon". While most of the rumors say that both Unity and Rogue will be announced at the video games trade fair Gamescom, there are several game enthusiasts who hope that the newest addition to the Assassin's Creed series will be launched even earlier.