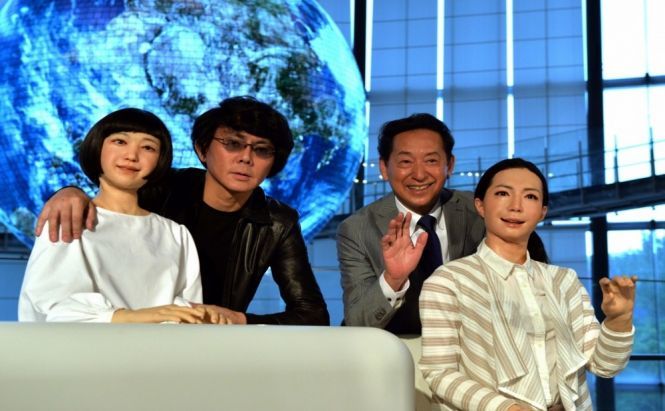 The exposition, called «Androids - What is Human?», opens up a window into the future, allowing everyone to have a look at what the world may look like if robots become a part of our daily life. Yet, the aim of the exposition is not just to show off the technological achievements, but rather to make people think of what they are.

Probably the most astonishing representatives of the android family were the two robots named Otonaroid (Adultroid) and Kodomoroid (Childroid). Though they move a bit clumsy, they still look and behave in a very human-like manner (well, for robots) and can perform a lot of tasks. Kodomoroid, for instance, can work as a newscaster ans is capable of reading news reports from around the globe in different languages and even voices. Otonaroid is more mobile and will perform the job of a guide during the exhibition.

All this looks fantastic, exciting, but a bit creepy. Today it is already hard to call Otonaroid and Kodomoroid 'exhibition items', so what will happen in a couple of decades? Is it possible that one day we won't be able to distinguish between a human and an android? Probably not, as Hiroshi Ishiguro, a professor at Osaka University said: “To create something that helps humans, we need to know what humans are.”