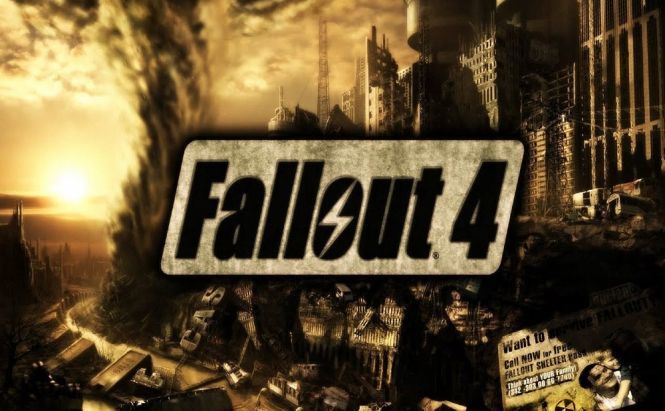 Lots of fabulous games are being announced at E3 every day, but probably none of them can compare with the new Fallout in terms of anticipation. Well, maybe Dishonored 2 can, but the year of its release is yet unknown. Fallout 4 is to be released on November 10.

The idea behind the gameplay is to provide players with as much freedom as possible. But the vast immersive open world of post-apocalyptic Wasteland is just one of the many goodies Bethesda has in stock. Players will also be able to fully customize their armor, build weapons out of the junk they collect and create habitable bases, settlements, heck, even towns, which will be connected with each other! So I dare say that the building system of Fallout 4 will be quite similar to Minecraft. Add the awesome graphics, exciting plot and a very impressive combat system and you'll get Fallout 4, one of the main nominees for the title of the best game of 2015.

As it has already been said, the game will be released on November 10, but those who can't wait until this fall can pre-order the game from Amazon straight away. The standard edition costs $59.99, but hardcore fans can add sixty bucks to the price and get the Pip-Boy Edition ($119.99), which includes the game itself, an art album, a poster and a real Pip-Boy! Real Pip-Boy can be paired with most of the smartphones

Just in case you are not familiar with the franchise, Pip-Boy is a wearable gadget that is used by the protagonist for various purposes. So instead of opening the skill menu, map or inventory, you'll be able to manage all the stuff directly through a real Pip-Boy that you actually wear. This is what Todd Howard, the director of the project, said about this collector's edition: “[It is the] best f***ing one I've ever seen”. Fallout 4 will be available for PC, PS4, Xbox One and can be pre-ordered here. The Pip-Boy feature will also be added to your smartphones and tablets as an accompanying iOS/ Android app which is yet to be released.

By the way, to ignite your interest even more, Bethesda has also released a mobile game called Fallout Shelter that is already available for iOS (follow this link to download it) and is most likely to be released on Android in a month or so.

If you wish to get learn more or watch other videos of Fallout 4 and other upcoming games, check out the official page on E3 website.