Check out these headphones that don't touch your ears 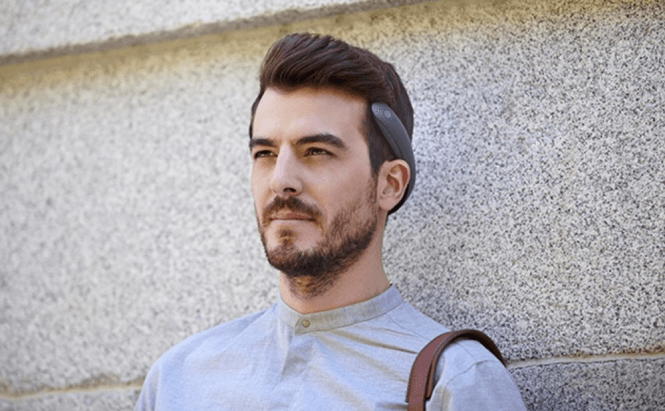 Check out these headphones that don't touch your ears

Do you like listening to music without bothering others, but all the headphones that you've tried feel uncomfortable, and make your ears hurt? Well, a company named StudioBananaThings is working on something that will blow your mind (hopefully not literally). Their project is called the BATBAND (cool name) and is a set of headphones that allow you to listen to music or other sounds from your devices without even touching your ears. Although the company already has successfully created a fully-functional device, they don't have enough funds to mass-market the product so they've started a Kickstarter funds gathering campaign. If everything goes as planned, the first BATBANDs will start rolling out in April 2016 and should cost somewhere around $250. You're thinking 'this is crazy', right? How can headphones that don't touch your ear allow you to listen to music without inconveniencing those around you? Apparently, the BATBAND uses something called bone conduction which transmits music to your inner ear through vibrations. (From what I understand, for optimal results you must place the headphones somewhere a little above the ear, so I'm guessing you're going to have a hard time wearing a hat with them on.) According to the device's creators, the sound that you hear has a super high-quality and one of the biggest advantages is that your ear is free so you can also hear other stuff which is happening around you (in case you're capable of multitasking). The BATBAND can communicate with mobile devices and computers via Bluetooth, embeds a microphone and can be controlled simply by touching it.

The one thing I'm not totally sold on is the safety of the BATBAND. Except a short text about how the product may or may not work for people with hearing problems I saw no mention of health-related issues on the website and I can't help but wonder what kind of long time effects the BATBAND could have.

For more details or to back the project with some of your money, you can visit its Kickstarter page by clicking on this link.