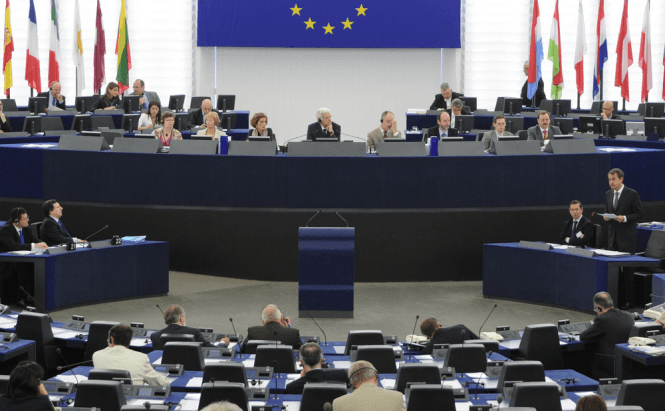 I'm not sure if you've seen it or not, but this Monday I talked to you about the fact that the European Parliament will cast its vote on net neutrality this week. Well, the vote took place yesterday and there are some bad news and some good news. Let's start with the positive aspect because I'm afraid I will never get to it otherwise: starting mid 2017, there will be no more roaming fees for traveling between countries within the European Union. This means that if you're a Spanish citizen who's visiting the UK, you can call someone from your home country at the same fees as if you were both in Spain.

And now for the bad news: what pretty much everybody presents as a great victory for net-neutrality is actually the concept's greatest defeat to date. The EU Parliament voted against all the amendments and passed the net-neutrality law in its original form, which the vast majority (myself included) saw as critically flawed for several reasons. The first thing that caught my eye was the fact that the MEPs said that they voted against two Internet speed lanes except for the fact that they did the opposite.

Here's what Günther Oettinger, the Commissioner for Digital Economy and Society, said after the vote: "In terms of limits and restrictions there are specific services whereby preferential treatment can be guaranteed in the Internet. These are for emergency services, for health services — that could include — and mobility services, or transport services." In theory it sounds fair, but it's actually not as we will most likely never see the complete list of services that receive preferential treatment on the web. Another huge problem is that the current law allows Internet providers to limit the bandwidth for any services in order to avoid potential congestions. This basically means that they can discriminate based on their own interests and then state that they did it to avoid the possibility of a congestion (which may never have happened in the first place). Furthermore, the law as it has been currently approved allows network owners to offer zero-rated services, which is another big issue.

And to top it all, when asked about the criticism that the current net neutrality law has received, here's what Mr. Oettinger responded: "I have sympathy for those that in their eyes want to guarantee more freedom by proposing even stricter rules but overregulation especially in a sector like the internet that moves at speed of light is equally limiting freedom." What a nice wordplay, I wonder who wrote it for him... But if that was the only reason for not passing the amendments why not postpone the vote until the lawmakers can find a wording that he actually understands? And, while we're at it, why is the current "net neutrality" law so strikingly similar to the proposals made by network operators back in 2012?

Previous story Meet Scalevo, the stair-climbing wheelchair Next story Titanfall will be getting a mobile sequel next year