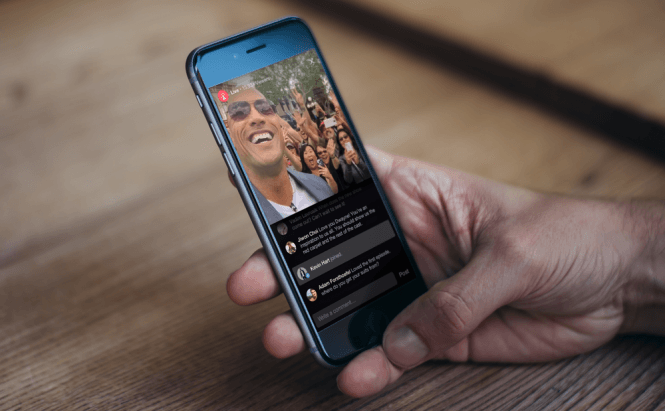 After recently making Facebook Live available to everyone and adding cool features like reactions or filters, Facebook is now helping the users to find the good parts of the live-streamed videos quicker so that they won't have to watch the entire thing. The social network will create a timeline of the video based on the other users' reactions and comments so that you will be able to easily identify the most interesting parts of the video that you're currently watching.

According to the official announcement, this new feature will only work for the live-streamed videos. This is quite understandable as most live streams usually include a lot of time where nothing is actually happening; however, when it comes to the rest of the videos, the narrative is quite important, so skipping fragments isn't a really good idea. For those of you who can't wait to check out this new feature, you should know that it's already rolling out and that it will soon be available to every Facebook user.

To be perfectly honest, this isn't actually an original idea, but since about 66% of the views that a streamed-video gets happen after the broadcast has ended, it's actually quite useful. Of course, there are times when your opinion won't match the general one, and you may find a video segment that no one reacted on to be more interesting than ones that generated a lot of hype, but having this timeline overlay is still a good place to start. On the other hand, Facebook may be planning to help its users make money from their posts and this new feature may reduce the time that visitors spend watching your live streams.

Previous story Don't upgrade to WhatsApp Gold; it's a malware scam Next story Google cars will glue struck pedestrians to the hood