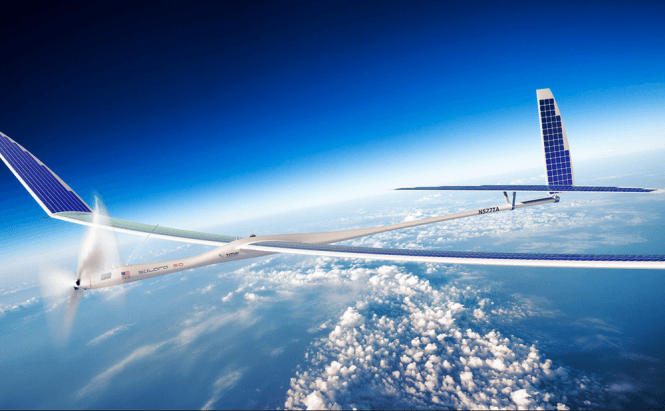 A couple of years ago, Google came up with an ambitious goal: bringing high-speed Internet to every corner of the world, even the most remote areas. The IT giant has already been successful with Project Loon, as its hot air balloons managed to bring the Internet to Sri Lanka (a small African country). But the company didn't want to stop there. As you may remember, about 10 months ago I told you that the FCC agreed to allow the testing of internet-bringing solar-powered drones. Google has finally begun testing these drones in the New Mexico desert, and they seem to be a real success.

This new fleet of drones, called Project Skybender, can offer incredibly powerful Internet connection with speed of up to 40 times faster than regular LTE wireless broadband. In order to achieve such performance, Google uses a new technology called millimeter-wave radio that seems to be even better than the upcoming 5G connectivity, which will soon be launched. At the moment, it is unclear if Project Skybender will replace Project Loon, if the two will somehow be merged, or if they will coexist separately. But that's not as important as the fact that both projects actually work.

As far as I'm concerned, I think that this initiative is great, and, if it will respect the principle of net neutrality, it will be a big step forward for humanity. Beside giving everybody equal access to information (which is, at least in theory, a basic human right), these drones would also be really helpful by offering the possibility of Internet-based communications in case of calamities.