How to take a screenshot and set restrictions on Apple TV

A couple of useful tricks for those of you who own Apple TVs. 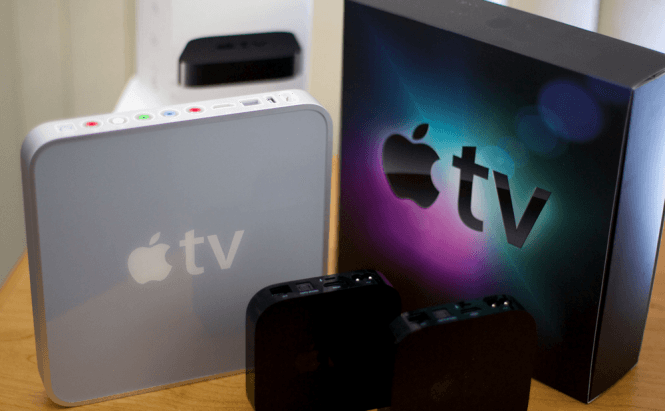 How to take a screenshot and set restrictions on Apple TV

Since the new Apple TV has become available through online purchases, the device's number of users has grown considerably. This is why I've decided to write a short guide and show you guys a couple of useful functions that you will most likely be needing at one point or another. So, if you don't know how to take screenshots from your Apple TV or how to set content restrictions, you've come to the right place.

Capturing images from video stream on your Apple TV is something that you might wish to do from time to time, but unfortunately, you don't have a default feature to help you do that easily. The good news is that there are a couple of workarounds to solve this issue. However, both solutions have some strings attached, and they're not as simple as you might want them to be. The best (and simplest) way of capturing screenshots on your Apple TV is using QuickTime Player on a connected OS X system. You start by using a USB-C cable to connect the TV box to your Mac, but you will also need a CompuLab HDMI Plug or a 4K Display Emulator (depending on which store you visit to search for it) in order to trick the Apple TV into thinking that it's connected to the TV when in fact it won't be. Now, all you have to do is launch the QuickTime Player, go to the File menu, press the New Movie Recording button and select Apple TV as the source (use the down-pointing arrow near the Record button). After that, simply use Apple TV's remote control to get to the image that you want and capture it using your favorite screenshot utility or just the default tool (press the Option + 4 on your keyboard). In case you want to make a video tutorial or some other kind of video material, you can also use the previously mentioned Record button to capture an entire video. (Just remember that you won't be able to record videos from DRM-protected content.)

The second method is far less popular and more complicated. For those of you who don't know, Xcode is a programming language (integrated development environment) used to create applications for iOS and OS X. In order to use this solution, you will also need to have an Apple developer account. If you have one, you should then download the 4GB kit and install it on your device (it will end up occupying around 9.5 GB). Now, connect your Mac to the TV set using a USB-C cable and a TV to Apple box. Once you've got everything you need, and all is connected, run Xcode, then go to Window --> Devices, select the Apple TV option and click the Take Screenshot button. Captured images will be automatically saved on your desktop. If you're not the only person using Apple TV in your house, then you might probably want to set a few restrictions for other users of the device. Especially if we're talking about kids: you don't want to let them access all the stuff that a grown-up can. Fortunately, enabling and customizing restrictions is way easier than taking screenshots, as you can do it directly from the device's settings menu.

The first thing that you need to do is to enable the restrictions. In order to do so, go to Settings --> General and select the Restrictions button. Once there, you will see a lot more options divided into categories. You will be able to enable restrictions from the first category: Parental Controls. There are many other options that will allow you to customize available content, so here's a short rundown:

Now that you know how to take screenshots and enable restrictions on your Apple TV, you might also want to find out how online streaming changes the nature of supply and demand.