The Online Distribution Of 'The Interview' Might Be A Success 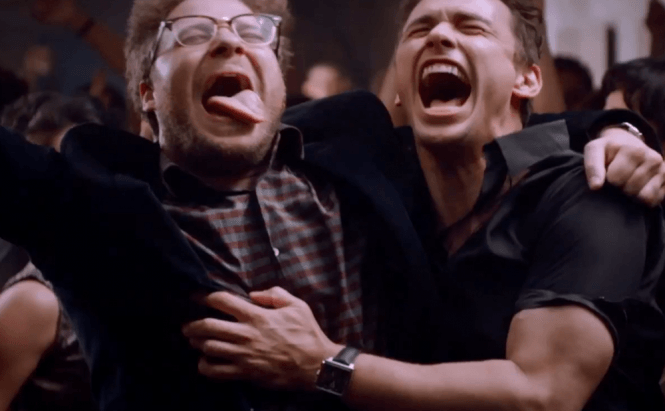 The Online Distribution Of 'The Interview' Might Be A Success

I guess that by now everyone has heard about The Interview. It's a comedy created by Sony Pictures Entertainment in which two American journalists plot to assassinate the North Korean leader. After a long dance of hack attacks on Sony and threats made to movie theaters, the company originally decided to cancel the movie, but president Obama's intervention made them reconsider, so the comedy was released on the Internet as well as in several cinemas.

Accident or not, it seems that the Internet release was a really great decision for the company's budget. The movie only made $2.8 million at the box offices during its opening weekend which is very little for a production that costs $48 million. However, the online sale of the comedy exceeded the expectations as they brought in $15 million revenue in just the first four days of availability.

Sony decided to distribute the movie through several highly popular channels including YouTube, Xbox, Google Play as well as the company's own website SeeTheInterview.com. The product came with a price tag of $7 for renting and $15 for purchasing. Even better for the company, SPE has reached an agreement with Apple and, starting today, The Interview will be sold on iTunes for $15.

Though it may not seem like much, this marks a very important premiere for Hollywood as it the first time that a movie is distributed online before being released worldwide on movie theaters. Even though it seems that this "experiment" was a success, I wouldn't expect it to be repeated anytime soon. Furthermore, it's hard to imagine a movie that will get as much media attention as The Interview in the near feature (well done North Korea), so there isn't much potential for improvements.

Life would be wonderful if people would respect others
and act as instruments of Peace. ..