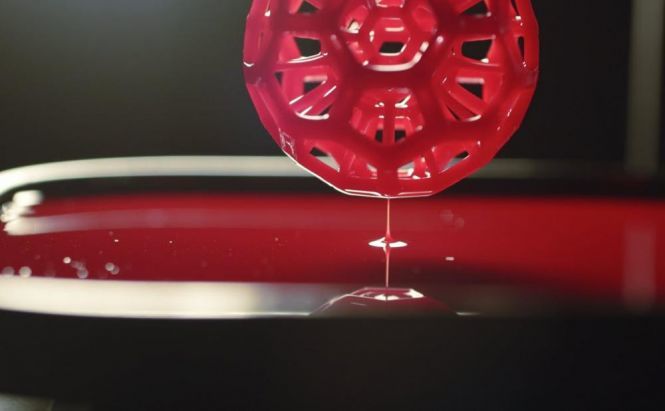 Time is zipping along and those printers that used to awe everyone by making three-dimensional objectsin real-time, today may seem rather played out. The thing is that an Australian company called Carbon3D unveiled a breakthrough approach to 3D printing that promises to form objects 25-100 times faster than usual. Its super speedy printer, Gizmo 3D, creates objects with Continuous Liquid Interface Production technology (CLIP), which implies printing solid objects out of liquid resin, instead of producing an object layer-by-layer.

Carbon3D is the privately-held company from California that was founded in 2013 and since then has been working on its unique 3D printing technology to drastically increase the manufacturing process. "We were inspired by the scene out of Terminator 2 (with) T-1000," said the company's CEO Joseph DeSimone. "By spatially controlling where the oxygen is and where the light is, we're able to grow these parts directly."

As the Carbon3D method eliminates individually-layer printing, the objects made with Gizmo 3D should be more consistent and reliable. If you watch the demonstration video below, you'll see how solid objects emerge from the pool of resin, and it takes only 6 minutes to print out an item that measures 5 x 3 inches. This technique proves that thewidespread use of 3D printing is much closer than we think … still,this surely depends on the cost of such printers, which is unknown for now.