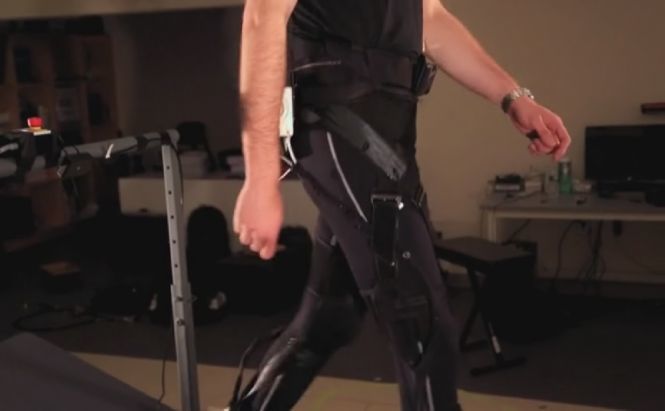 Conor Welsh, the founder of Harvard Biodesign Lab at Wyss Institute for Biologically Inspired Engineering, calls the novelty his team is currently working on the Soft Exosuite, which essentially is a wearable robot. The purpose of their invention is to mimic human movements and thus assist the muscles, so that the people wearing the exosuite can apply less physical effort while walking.

Currently, exoskeletons is one of the mainstream branches in engineering and is almost as popular as drone crafting. What's the secret behind? It's easy, folks: the US military has a particular interest in this sphere and gives substantial financial support to the developers of such suits. You might have heard, for instance, that the US military forces are working together with Hollywood to create an Iron Man suite. If not, check out this piece of news covered by the Verge. Soft Exosuite is not an exclusion. The project gained $2.9 million from the US military for the development of the “wearable device”. And that's no surprise, because unlike the prototypes of other common projects, Soft Exosuite is not that bulky and can be easily worn underneath the camouflage.

Though the project is primarily designed for military purposes, its capabilities can be also used to help common citizens, especially people with reduced mobility. Just like any other invention, Soft Exosuite has two sides, and which one will eventually prevail depends only on us.