Would You Buy a Selfie Stick that Looks like a Hand? 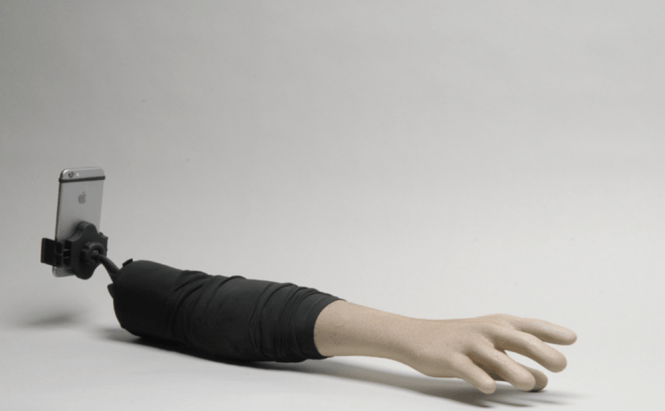 Would You Buy a Selfie Stick that Looks like a Hand?

Love them or hate them, selfie sticks are a trend that we won't easily get rid of. And if your selfies make you feel lonely, there is a new prototype that can help to get over this problem. Designers Justin Crowe and Aric Snee have a created a selfie stick that is shaped like an arm. Even though using one will seem incredibly creepy for anyone who sees you taking selfies, the photos themselves will look as if they have been captured by a friend or a loved one to anyone who is unfamiliar with the prop.

According to its designers, the product is made from fiberglass which makes it light and easily portable (though it would probably feel cold to the touch). From what I understand, the Selfie Arm (as it has been named) is just a prototype so there's still a lot of work to be done. Hopefully, by the time it ships out, the hand will be a little more colorful, because now it looks morbidly gray, as if it belonged to a dead person. Unfortunately for those interested, I have no information about when this product will start hitting the markets or how much money you will have to pay to make your followers and online friends believe you are not a loner. What I can tell you however is that there is a limited edition of Selfie Arms signed by their designer, which 10 lucky people can purchase for $6,200 USD. If you want more information about this prototype you can find all the details on Justin Crowe's webpage.

Would you buy a Selfie Arm?