Half-Life 3 more improbable than ever 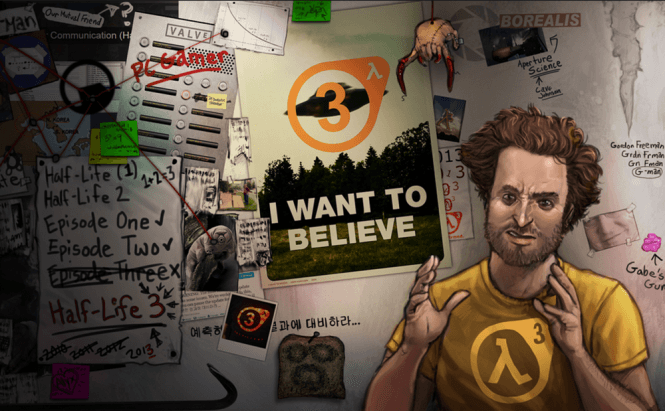 Half-Life 3 more improbable than ever

For years now we, the gamers, have heard numerous theories about the possible or improbable launch of the third game from the Half-Life series. There have even been a series of memes created about various symbols that were put together with a twisted logic to confirm the existence of Half-Life 3. At one point, it got so bad that Gabe Newell (our lord and savior, and Valve's managing director) stated that if he heard another question related to Half-Life 3, then he would cancel the game even if it existed. Unfortunately, today I come bearing some more bad news. Marc Laidlaw, the man who wrote the Half-Life series, departed from the company and according to his own statement, is no longer working with Valve in any capacity. Furthermore, Mr. Laidlaw stated that he has no idea what impact his departure will have on the future of the Half-Life franchise. Marc Laidlaw, joined Valve team all the way back in 1998 and has been the lead writer for Half-Life, Half-Life 2 and Half-Life 2 Episode 2. Moreover, he has also been involved with the level design throughout the series, casting his vision upon the environment that captivated so many players. As far as his reasons for departing from Valve go, Mr. Laidlaw stated: "An outwardly obvious reason is that I’m old, or anyway oldish. [..] I had a good run, but lately I have been feeling a need for a break from the collaborative chaos of game production, and a return to more self-directed writing projects."

Since Half-Life 3 doesn't seem like a title that we will be able to look forward to any time soon, here are the top 5 games that I can wait to play in 2016 and the best RPGs of the previous year.