Apple Developing Its Own Maps App

A 3D Map of San Francisco by C3 Technologies: We'll have a chance to explore the world the Apple way: Apple is reported to be developing its own maps... 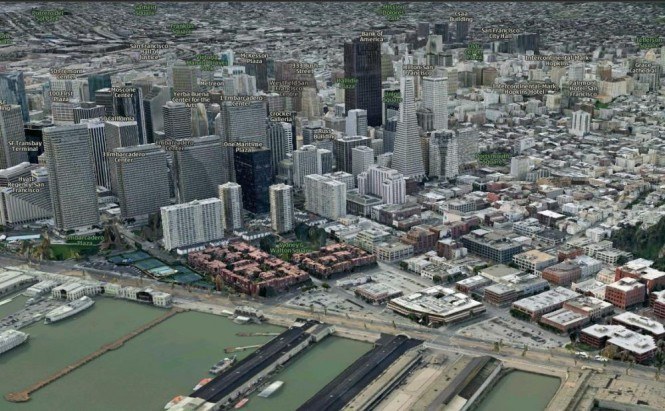 Apple Developing Its Own Maps App

We'll have a chance to explore the world the Apple way: Apple is reported to be developing its own maps app.

Almost five years ago, at the presentation of the very first iPhone, the world could See Eric Schmidt, the then Google CEO, on stage along with Steve Jobs, sharing the glory of that turning point in the tech history. What brought him there was a strong affiliation between the two companies as Apple needed Google to fill in the gaps in the iOS software.

As time passed, the liaison between these IT juggernauts weakened. Google rolled out Android and became Apple's new arch-enemy. Steve Job's team started buying up any promising companies they could reach out and having them to develop the in-house counterparts of the backend software for the Cupertino devices.

Now there's some solid evidence Apple is going to finally break the last connection there still is between them and Google: the use of Google Maps in the iOS Maps. Actually, Cupertino hasn't been using Google Maps since around the the time iPhoto was launched. Instead, the new maps have been rendered with OpenStreetMap, the Wikipedia-like collaborative mapping project. However, Tim Cook didn't seem to be willing to own up to it, as it took Apple quite a while to mention OpenStreetMap in its Acknowledments Info: it didn't find its way here before May 4th. The possible reason for this secrecy could be that Apple is currently developing an in-house mapping app for iOS and mentioning OpenStreetMap would be like crying about it at every street corner.

The 9to5mac site reports the new app is going to be featured in iOS 6, the upcoming operating system for iPhone and iPad. And the new Maps are really going 'to blow your head off', as an insider source of John Paczkowski from AllThingsD has put it. Most likely, this awesome feature-to-be is the 3D map view mode, which is supposed to replace Google Street View.

The first signs Apple could be thinking about this feature came as early as in 2009, when it acquired Placebase, a 3D mapping company. The subsequent years saw two more similar acquisitions (3-D mapping outfit Poly9 in 2010; C3 Technologies in 2011), which proved Apple was up to something big in that direction. If the outcome lives up to what we have seen from C3 Technologies so far, then using the new iOS Maps will be really fun.

Previous story Internet Passwords – a Look From Inside! Next story The Top 5 Annoying Things about Smartphones