iPad 3: To Be Launched in Two Days The M.I.C. Gadget tech blog claimed yesterday to have gotten their hands on some of the iPad 3 details. 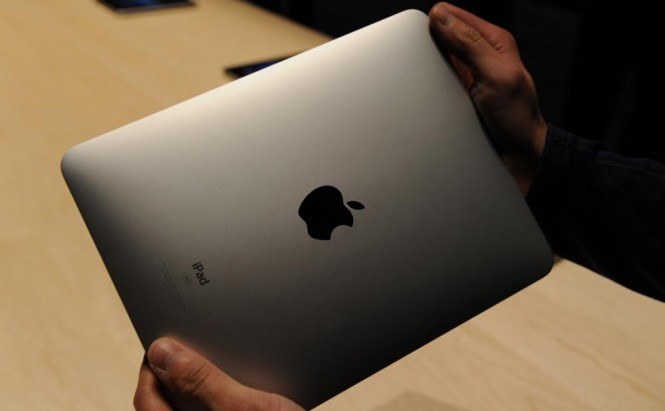 The M.I.C. Gadget tech blog claimed yesterday to have gotten their hands on some of the iPad 3 details. According to the Chinese bloggers, they managed get the front glass, rear shell and cases for the upcoming tablet device by Apple, which is supposedly going to be presented in San Francisco's Yerba Buena Center for the Arts tomorrow.

Given that nearly all of the iPad components are produced in China, the M.I.C. Gadget claims seem to be rather trustworthy. In case these claims are not just another attempt to speculate on the iPad 3 launch, we're having a chance to take a look at the tablet more than 24 hours before it is officially presented to the world.

So, what could iPad 3 be like? First of all, all the rumours about the vanished home button seem to be false: the iconic button is still there and hasn't experienced any changes whatsoever.

In terms of the physical size, iPad 3 has lived up to what the tech media expected it to be: the new tablet should be thicker than iPad 2. There can be only one possible explanation for this: iPad 3 will feature increased screen resolution (most likely, the long hypothesized-about retina display), which, in its turn, will require better backlighting than the previous models. However, tapered edges could make the tablet feel thinner than it really will be, at the same time rendering the majority of the iPad 2 cases useless. One of the few possible exceptions could be the Apple's own smart cover accessory.

The enigmatic sources of the Chinese bloggers have also given them some information concerning the technical side of the upcoming tablet. They claim iPad 3 is not going to feature any LTE (high-speed data communication standard for the mobile devices) support, which will result in the prices for the latest iPad model staying on the same level as today. Still, the same internal sources affirm that LTE is to be supported in the next iPad generation.

Anyway, the moment of truth will come tomorrow, when Apple present whatever they want to present to the public. Although the tech media are almost sure it is going to be iPad 3, one should never forget that the Cupertino guys have already left the world with the mouth agape numerous times (like they did with iPhone 4S after weeks of the hype around the alleged iPhone 5). The best strategy would be to stay patient and wait till the day after tomorrow.

Previous story Google Voice Actions vs Siri. Round One Next story How to: Maximize Your Privacy Protection on Google